JIHADI SELFIE: She Loved To Party, She Loved The Boys, Never Read The Koran, BUT Became The First Female Suicide Bomber.

A selfie of the woman killed in the Saint-Denis siege was a party animal with a string of boyfriends who had shown no interest in religion, emerged today. She was in hiding with her cousin, the mastermind of the PARIS attacks[1] when it all happened…and she became the first European suicide bomber. 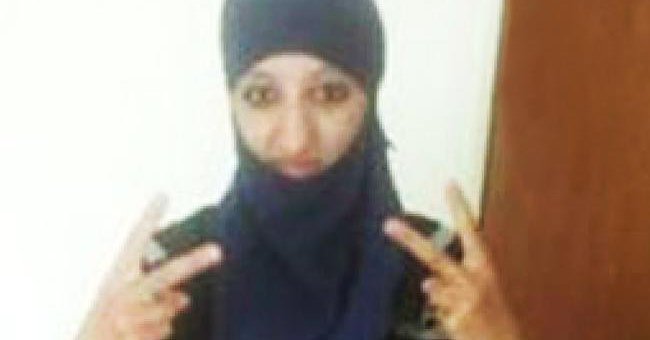 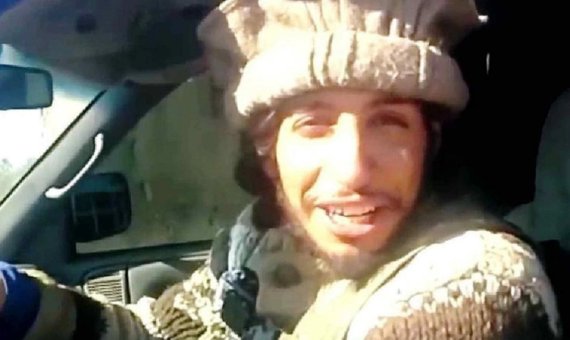 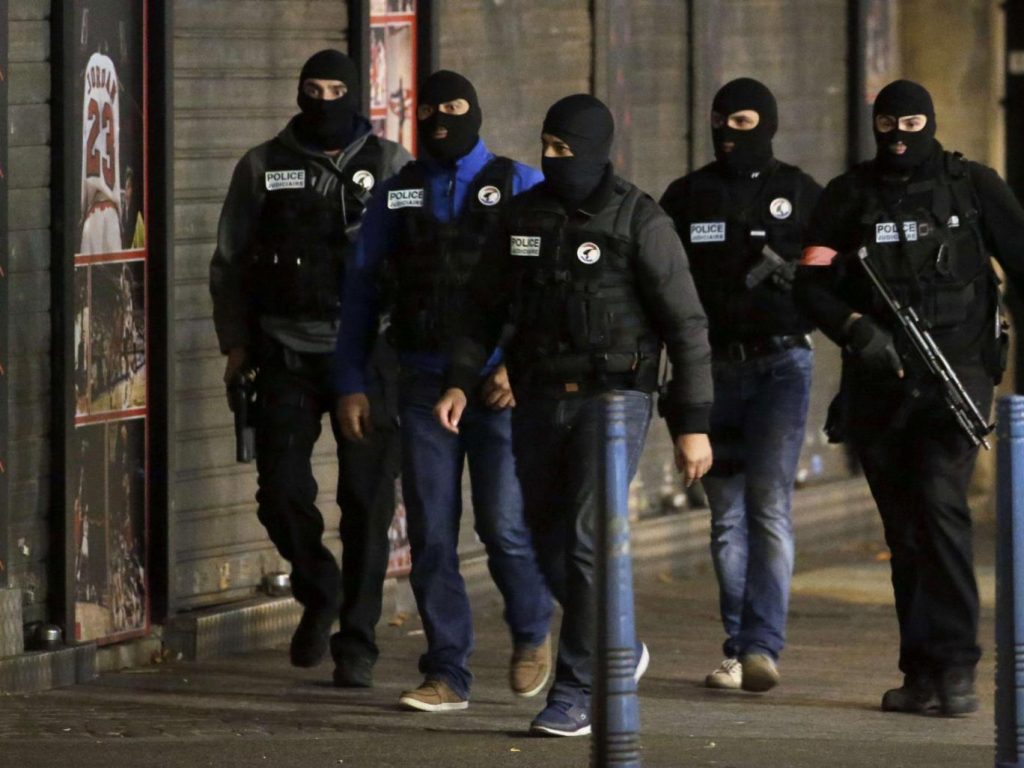 Hasna Ait Boulahcen, 26, was blown to bits when a second unnamed terrorist detonated a bomb after anti-terror police closed in on the safehouse where she was hiding with her cousin, the mastermind of the Paris attacks.

Just a day after her death, family and acquaintances gave extraordinary accounts of a young woman with a ‘bad reputation’ who was known for her love of alcohol and cigarettes rather than devotion to Islam.

Her brother Youssouf Ait Boulahcen said that she had had no interest in religion, never read the Koran and had only started wearing a Muslim veil a month ago.

Ait Boulahcen was blown up on Wednesday after anti-terror police tracked her cousin Abdelhamid Abaaoud to a rundown apartment in Saint Denis.

Witnesses described her screaming ‘help me, help me’ and ‘I’m not his girlfriend’ seconds before the device was detonated.

Her head and spine were found in the street after being blasted through the window. French prosecutors confirmed today that Abaaoud, who was from Belgium, also died in the resultant gun battle.

He had been shot in the head and blown to pieces by grenades. Forensic experts had to identify him through saliva samples and pieces of skin.

Abaaoud was a committed jihadist who had been in Syria and was well-known to the European authorities.

However, his cousin appears to have only become radicalised in the last month after abandoning her former lifestyle to join ISIS.

In a statement, her brother Youssouf, said that he had never even see her open the Koran.

‘She was living in her own world. She was not interested in studying her religion’, he said. ‘She was permanently on her phone, looking at Facebook or WhatsApp.

‘I told her to stop all of this but she would not listen, she ignored my numerous attempts to give her advice telling me I was not her dad, or her husband, and so I should leave her alone.’

Youssouf described his relationship with his sister as complicated. ‘She spent her time criticising everything,’ he said. ‘She refused to accept any advice, she didn’t want to sort herself out.

‘On the rare occasions that I spoke to her it was to tell her to behave better, to have a better attitude, to be more easy-going about her strict dress code.

‘On Sunday at 7pm she called me because I had called her – and she sounded like she had given up on life.
Youssouf rushed over in his car to check on her but waited 15 minutes and got no answer.

She had been the victim of violence since she was very young – mistreated and rejected – she never received the love she needed. From the age of five she was taken into care, so she grew up with a foster family
Youssouf, brother of female suicide bomber Hasna Ait Boulahcen

‘She called me and I put the phone down on her after telling her not to call me any more after the inconvenience she had caused me, getting me to come over for nothing.

‘Finally on Wednesday morning I turned on the TV and I learned that she had killed herself, sacrificing the life that the Lord had given.

‘She had been the victim of violence since she was very young – mistreated and rejected – she never received the love she needed.

‘From the age of five she was taken into care, so she grew up with a foster family.

‘She was happy and she flourished at that point in her adolescence. Then as she grew up she went off the rails. She became reckless, running away and choosing bad company.

‘I was never very close to her because we lived apart but during the opportunities I had to talk to her she was full of enthusiasm, although her instability always dragged her down, she was not grounded in her. She went from one life project to another, without question.’

Ait Boulahcen’s family arrived in France in 1973 and settled in Paris, where she was born in 1989 in Clichy-la-Garenne, a suburb close to Wednesday’s gun siege.

Her parents had separated when she was young and she had been brought up by foster families. Her mother, whose first name is not known, lives in a tower block in Aulnay Sous Bois, a suburb 20 minutes outside of Paris.

Video has emerged believed to show the PARIS attacks Mastermind.

It is understood that although Ait Boulahcen visited often, she did not live there permanently.
Friends said she remained ‘close’ to her father and would regularly visit his home in Creutzwald, Moselle. She lived with him for two months.

Local resident Amin Abou, 26, described her as ‘a party animal who loved clubbing’.
‘I would see her in this club in Germany which is only ten minutes away but where we go out because its much cheaper for alcohol.

‘She came here two or three years ago for two months. She didn’t work or go to university. I don’t think she even finished school. She loved partying and going to clubs. She drank alcohol and smoked and went around with lots of different guys. She had a bad reputation. She had lots of boyfriends, but nothing serious.

She drank alcohol and smoked and went around with lots of different guys. She had a bad reputation. She had lots of boyfriends, but nothing serious

‘She had no real friends, just people to hang out with. I think she had a lot of personal issues, with her family.

She didn’t live with her mum she grew up in children’s homes. She has a brother who is mentally disabled and used to live in a home in Marseilles.

‘She grew up in San Dennis a very bad area. And when you don’t have family-it’s easier to get into bad things.’

Another friend Mattius Jacques, 24, said: ‘She was normal she wore Western clothes, she never wore hijab. She didn’t go to mosque or pray. She never spoke about news or Palestine or anything.

‘She wasn’t religious at all. She was like you and me, she went out, she lived a free life, always out partying.

‘Her dad didn’t mind, he’s cool. He plays guitar. Her father worked in car factory but is now retired. He goes to mosque often but he’s not strict. He goes on holiday to Morocco often because he lives alone.’

Friends also described her as a fun-loving party girl who liked to drink alcohol and was nicknamed ‘the cowgirl’ due to her love of wearing big cowboy hats.

Neighbours at the building where Ait Boulahcen’s family live, in a run-down suburb of Paris, said that she had been there three weeks ago.

They said she had a bubbly personality, adding that she was ‘outgoing, a bit clueless’. They were shocked to see her face appear on the news.

One neighbour, Hassane, described her as a ‘Tom boy’ and said she always dressed in jeans, trainers and a black cap until around eight months ago when she started wearing a niqab.

He said: ‘She wasn’t scared of anyone. She was like a little soldier. She was very lively, very dynamic.’

He said: ‘She didn’t have a niqab [headscarf] before. She was always in jeans and trainers. She was a very well-spoken girl. She was very respectful.’

The retired 62-year-old said that Ait Boulahcen was always very helpful and had once carried his heavy shopping for him.

She wasn’t religious at all. She was like you and me, she went out, she lived a free life, always out partying
Mattius Jacques, 24, talks about Ait Boulahcen

He said Ait Boulahcen’s mother had been comforted by the caretaker in the building and had spent last night crying.

He added: ‘I can’t believe she’s part of this sect. When I heard it I felt sick. She was like all young girls – it was who she was hanging out with’.

‘We have been tainted by these people that know nothing about Islam.’ Another said: ‘She did not look like a suicide bomber and she drank alcohol.’

Boulahcen studied at Paul Verlaine University in Metz. She was registered as a director of building company, Beko Construction, in Epinay sur Seine, three miles from yesterday’s raid. The company was liquidated last year.

Her death in the Saint Denis siege was instant. Jean-Michel Fauvergue, 56, the French anti terror commander who led the raid described how he saw her head fly through the window. Her spine landed on a police car.

‘That’s when we saw a human body, a woman’s head, fly through the window and land on the pavement, on the other side of the street,’ Fauvergue said.

‘A suicide bomber had just exploded. The blast was so devastating that a supporting wall moved.’
Police made a number of arrests during the raid. A police dog was killed.