Joe Biden: I’m Not Running For President, BUT…

Vice President Joe Biden announced TODAY he is not running for president in 2016. However…it seems even if he is not in office…he claims he will still be heard, and offers pretty LUDACRIS advice to Democrats![1] 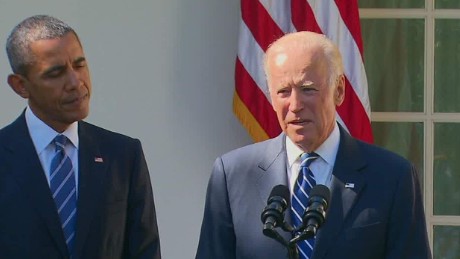 Vice President Joe Biden announced Wednesday he is not running for president in 2016.

With President Barack Obama and wife Dr. Jill Biden at his side, Biden said that after months of deliberation and thought, he has concluded that the window for him to run has closed.

He warned against undoing Obama’s presidential legacy, and urged Democrats not just to defend and protect Obama’s record but to run on it.

Looks like we’re left to Hillary and…that other guy.