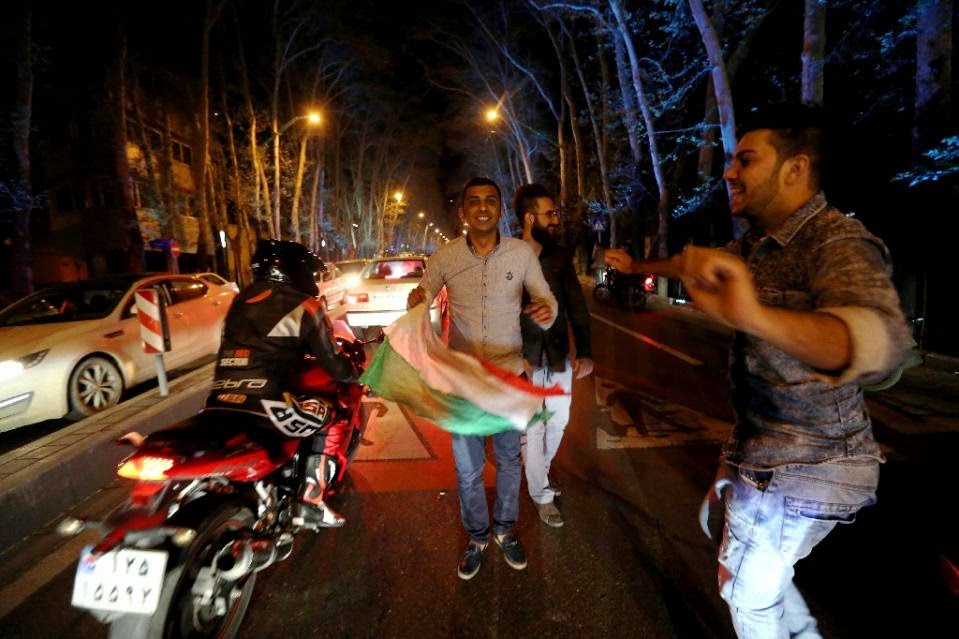 I bet there isn’t anywhere in the United States where people are dancing in the streets after President Obama announced a framework of a nuclear deal with Iran.  Iran [1]got sanctions lifted, they continue their march towards nuclear weapons while President Obama spins another yarn of a bogus historical achievement.

Yahoo News[2] hundreds of Iranians took to the streets in Tehran early Friday to celebrate a breakthrough in talks with the West that may end the country’s 12-year-long nuclear crisis.

The capital’s longest street, Val-e-Asr Avenue, was lined with cars as drivers sounded their horns in approval of a framework deal intended to lead to a comprehensive agreement with world powers in June.

“Whatever the final result of the negotiations, we are winners,” 30-year-old Behrang Alavi said on Val-e-Asr at around 1:00 am as the noise reverberated around him.

“Now we will be able to live normally like the rest of the world,” he said, as people flashed V-signs for victory and danced while waving white handkerchiefs in a traditional Iranian celebration.

The scenes came after Iran’s Foreign Minister Mohammad Javad Zarif said key parameters of the framework for a deal had been agreed with the West, paving the way for a final deal by June 30.

Iran wins, the U.S. and Israel loses. And Obama will be out of office in 22 months leaving the world a lot worse off than he found it.