Everyone loves a victory. This is a small one, but Rep. Trey Gowdy is praising the injunction and has a few good words regarding the decision:[1] 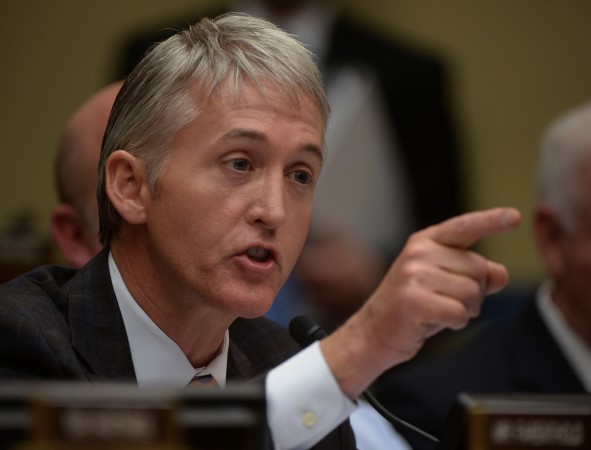 Hanen determined that a porous border and lax security “has exacerbated illegal immigration into this country,” a phenomenon that increasingly taxes resources among the states forced to receive these uninvited residents.

The judge responded to protests by more than half of all U.S. states in ruling that Obama’s order should face further review before being implemented.

“It is preferable to have the legality of these actions determined before the fates of over four million individuals are decided,” Hanen wrote. “An injunction is the only way to accomplish that goal.”

The decision led the Obama administration to delay issuing preferred status to the millions who would benefit from the executive order. South Carolina Republican Rep. Trey Gowdy, a frequent Obama critic and chairman of the House Immigration Subcommittee, shared his thoughts on Hanen’s ruling.

He called the decision a “victory for the rule of law,” explaining that Obama’s unilateral order deserved the scrutiny it received.

“The President’s extra-constitutional actions were rooted in political expediency and were devoid of a serious legal underpinning,” Gowdy stated. “This is not and never was about immigration law – as evidenced by the President’s consistent admission that he lacked the legal authority to do precisely what he did.”

While he acknowledged the legitimacy of prosecutorial discretion, Gowdy concluded that it is not “a synonym for anarchy wherein the executive branch can pick and choose portions of laws to enforce and ignore.”

I am so glad this judge heard the voices of the states and America regarding Obama’s amnesty nonsense. Obama will plunge this country deeper and deeper into trouble with his reckless ‘executive’ actions. At least this one got smacked down. His pen and phone don’t seem so powerful now, do they?