There are reports that a scathing multimillion-dollar lawsuit filed today against CBS[1] has the well known Judy Sheindlin, and her syndicated series with spin off ‘Hot Bench’ in the legal spotlight… 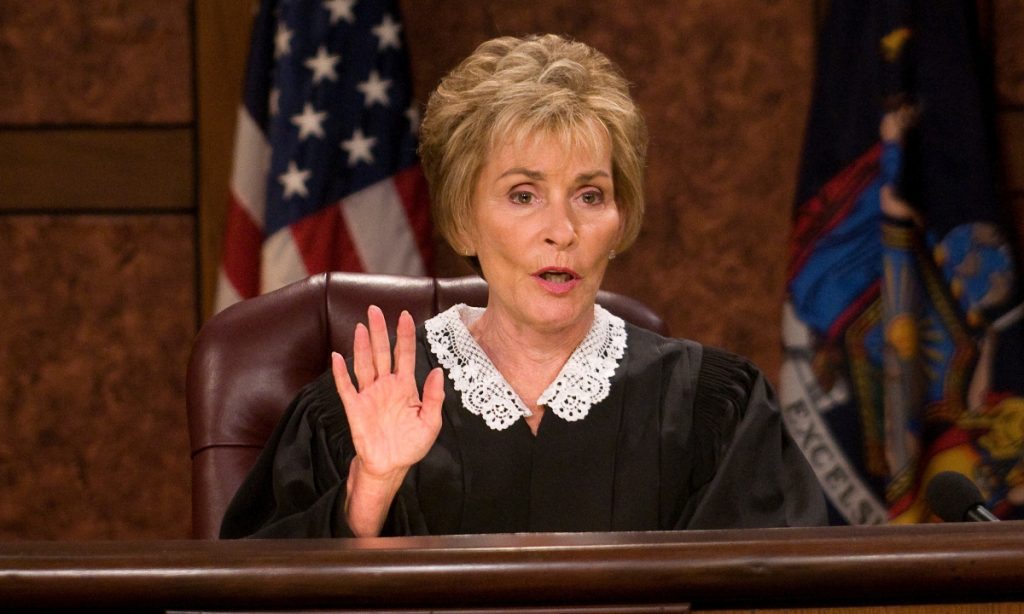 Seeking widespread unspecified damages, plaintiff Rebel Entertainment Partners claims that that it has been denied contractually obligated payments since 2010 from the net profits of the 19-season CBS Television-distributed Judge Judy because it supposedly is “losing money,” while paying Judge Judy herself up to $47 million a year.

Sheindlin’s payout may be at the core of the suit, but she is not a defendant.

“According to Defendants, in the six-month accounting period prior to Scheindlin’s pay raise, the Show reported net profits of $3,572,195, of which 5% ($178,609) was paid to Rebel,” alleges the successor-in-interest to the talent agency that originally packaged the Judy Sheindlin-fronted series. Having received regular payments over the years until 2010, Rebel claims that Judge Judy has grossed over $1.7 billion since it first went on the air in 1996.

“In the six-month accounting period after Scheindlin’s pay raise, however, Defendants reported net profits of negative $3,195,217, of which 5% (negative $159,761) was allocated to Rebel.” The breach of contract complaint filed in L.A. Superior Court on Monday (read it here) also claims more shell-gaming by CBS Studios, CBS Corporation, and producers and CBS TV Studios-owned Big Ticket Entertainment. “Defendants further reduced Rebel’s net profits by licensing the Show to CBS’s corporate affiliates — television stations owned or operated by CBS — for below-market fees in transactions that were not negotiated at arms-length,” they add.

“Moreover, Scheindlin personally contacted Leslie Moonves, then-President and Chief Executive Officer of defendant CBS Corp., and lobbied him to put Hot Bench on the air,” declares the complaint of the three-judge series that debuted in September 2014.

With all that, it is the more than $47 million being paid to the former Manhattan family court judge that makes up the heart of this action. “This figure is grossly inconsistent with customary practice in the television industry, as the next-highest salaries in non-scripted television at that time were David Letterman ($28 million), Jay Leno ($25 million), and Conan O’Brien ($10 million),” the paperwork from Rebel lawyers Freedman + Taitelman, LLP says of the $45 million Judge Judy was being paid as of early 2010.

Here is Sheindlin’s response to the suit today:

“The fact that Richard Lawrence is complaining about my salary is actually hilarious. I met Mr. Lawrence for 2 hours some twenty-one years ago. Neither I nor anyone involved in the day-to-day production of my program has heard from him in 20 years. Not a card, not a gift, not a flower, not a congratulations. Yet he has somehow received over $17,000,000 from my program. My rudimentary math translates that into $8,500,000 an hour for Mr. Lawrence. Not a bad payday. Now complaining about not getting enough money, that’s real chutzpah! Since I have not spoken with Mr. Lawrence in over 20 years to suggest that he had any involvement in my creating Hot Bench is equally laughable.”

I don’t think it will ever see a courtroom.. no this one will be settled fast.