Judge Tells New Americans To Leave The Country If They Don’t Like Pres. Trump [VIDEO]

A Federal judge identified as John Primomo had some austere counsel for the new batch of non-citizens looking to become Americans[1] last week, according to KHOU-TV. 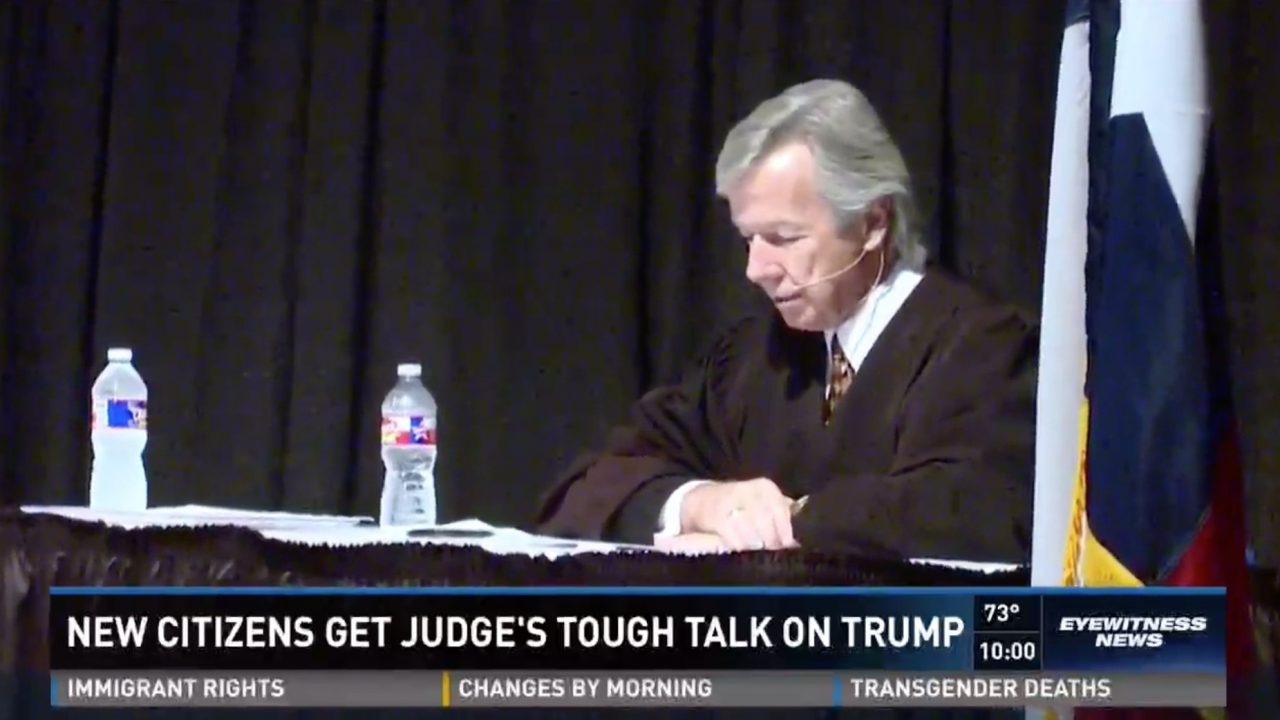 Primono, who was residing over a U.S. citizenship ceremony, made it as clear as you can get, that whether you agree, disagree, hate or love Donald Trump…he WILL be the next President of the United States and he will be EVERY American’s President.

“I can assure you that whether you voted for him or you did not vote for him, if you are a citizen of the United States, he is your president. [Trump] will be your president and if you do not like that, you need to go to another country.”

Despite the coarse manner of speaking, Primono later shared that he didn’t intend his words to be harsh or politically divisive, but rather unifying and reverent. This is a land that respects the rule of law and without that respect and adherence, we have anarchy…much like Portland.

Even so, during the citizenship ceremony, Primono made his thoughts crystal clear about those who would disrespect the U.S., stating that he “detests” Americans protesting Trump as “not my president” and even those who are taking a knee in disrespect for the country that protects and offers them so much during the National Anthem at sporting events.

“I detest that, because you can protest things that happen in this country; you have every right to,” he said. “You don’t do that by offending national symbols like the national anthem and the flag of the United States.”

He is the last official these people meet before becoming citizens of this country. Why shouldn’t he be clear with them? Yes, they have the right to protest all they want, but no one has the right to turn that protest into a violent riot like those disgraces in Portland did.

If you are here looking for opportunity, and you have something you want to contribute to America, and you’ve come in through the proper channels, then welcome home my friend…but if anyone is fleeing their crappy country wanting to bring their anti-American idealism with them, then stay out. You are obviously no friend to this country.