One young woman made a tragic, yet innocent, mistake and as a result, she has to live with devastating consequences. She is hoping, however, that others may learn from her mistake: don’t put your feet up on the dashboard.[1] 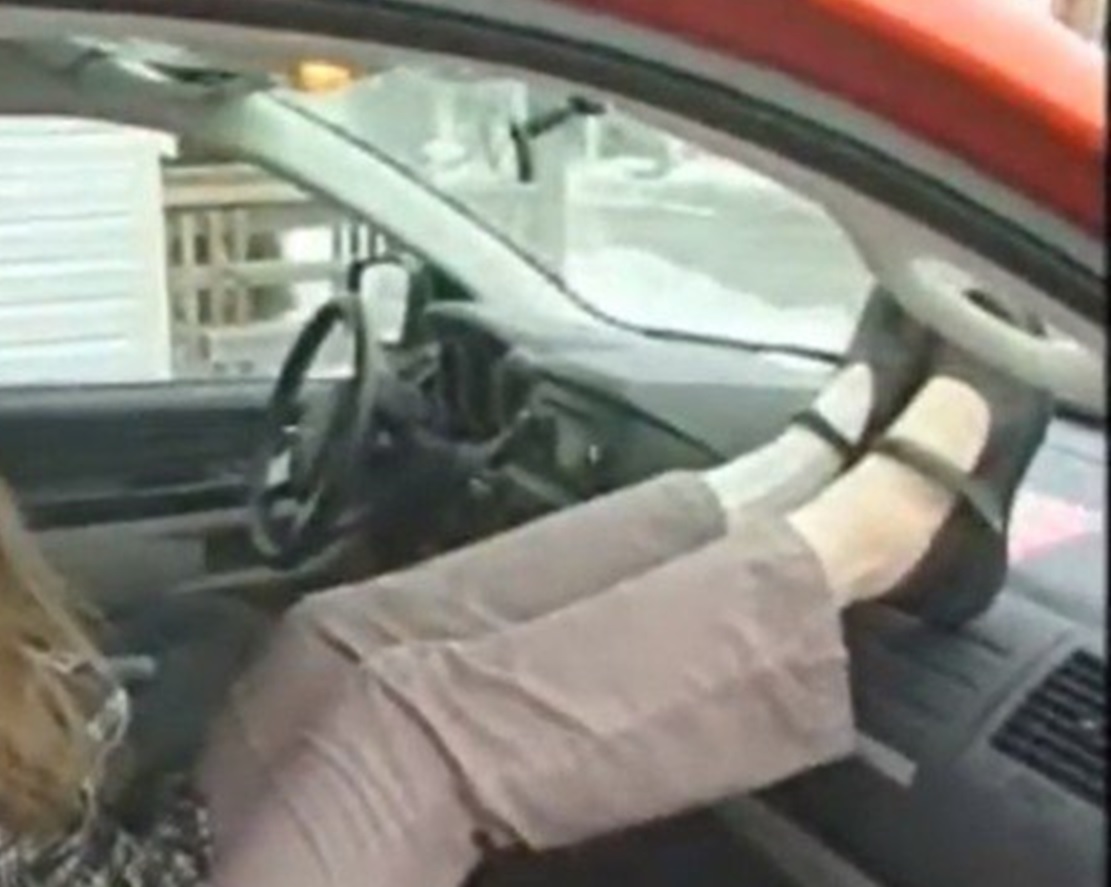 It was a road trip just like any other— her boyfriend was driving, she was reclining, the sun was beginning to set.

But in an instant, it was a road trip that changed now 26-year-old Bethany Benson’s life.

Prior to August 2, 2010, Benson was a flourishing college student[3]. Fluent in French, she had almost completed degrees in History, French, and Education at Trent University. She had dreams of becoming a teacher.

But a tragic car accident, and her decision to put her feet on the dashboard, changed all of that.

Benson doesn’t remember the accident, but she was told that one wreck created a domino effect— after a motorcycle and a small vehicle collided, a tractor trailer tried to slammed on his brakes to avoid the crash. When Benson’s boyfriend failed to stop quick enough, he smashed into the back of the tractor trailer.

Benson and her boyfriend miraculously survived. But because she had her feet on the dashboard, Benson suffered excruciating injuries that she otherwise would not.

According to Driving[4], an airbag deploys at 200 mph. Two hundred miles per hour.

Airbags are meant to provide protection in the event of a collision. But according to the NHTSA[5], because they deploy so rapidly, serious, or even fatal, injuries are likely if the “occupant is too close to — or is in direct contact with — the air bag when it first begins to deploy.”

Because of the proximity of her legs to the airbag, it forcefully hit her hamstring, causing her feet to push up and through the windshield.

As a result, her knees slammed into her eyes, causing he left eye socket and cheekbone to crack. In addition, she broke her nose, eight bones in her left foot, and three bones in her right foot.

Even more, the impact caused her brain to start bleeding.

“I always used to put my feet up” in a car, she said[6]. “It’s easier on the back if you have your feet up. I never even thought that it could be so dangerous.”

Many of her external injuries have healed, but she still lives in constant pain. She takes a pharmacy worth of pills every days, she is required to wear expensive orthopedic shoes, and the bleeding in her brain resulted in irreversible effects.

“I got back a different daughter,” her mother, Mary Lachapelle, told Driving. “I lost a sweet 22-year-old who worked full-time and put herself through university. She was on a great path. I got a 13-year-old with anger issues.”

Fifty-five-year-old Lachapelle had hoped to retire in the coming years. But with Benson’s condition, she will have to continue working so that Benson can remain on her health insurance.

Benson is quite aware of the fact that because of the accident — because she had her feet on the dashboard — her life will never be the same. But she hopes that her story can spread the message about the dangers of riding with your feet on the dash.

Many of us take liberties with our comfort when we’re driving. Occasionally, if I’m just heading down to the local store and back, I don’t put on my seatbelt.

Maybe I should reconsider this “harmless” activity. It seems that life can change in the blink of an eye. 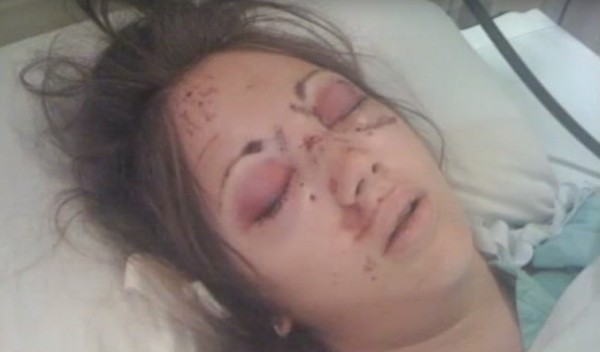