JUST RELEASED: Clinton Email Had a Set of Instructions for Recipients: ‘Delete After Reading’

Not surprisingly, Hillary Clinton is in the middle of another sticky situation. This time, it’s right there in black and white, and pretty hard to refute, no matter how smooth of a talker you think that you are[1]: 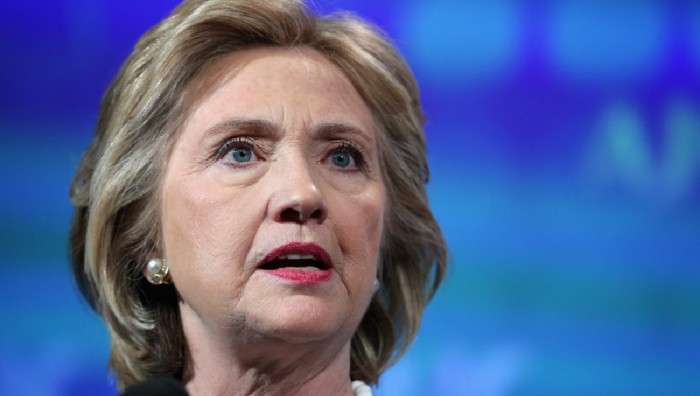 A newly-released email Hillary Clinton sent as secretary of state asks two things of the intended recipients: do not forward and delete after reading.

The email informs then-Chief of Staff Cheryl Mills and USAID administrator Rajiv Shah that she sent them emails on an unknown subject.

“Cheryl and Raj–I sent you emails [redacted] before removing their email info so pis do not forward to anyone and delete after reading. Thx,” it said.The email’s subject itself was titled, “Pis don’t forward my last email.” It was not clear what email Clinton was referring to.

Shah replied to Clinton’s message, assuring her of his cooperation.

“Of course. I will not forward any of your emails and I appreciate your sending notes on issues you want to make sure we are tracking!” he wrote.

The message was part of a batch of several thousand emails released Monday night by the State Department.

A representative for the Clinton campaign did not respond to a request for clarification from TheBlaze. 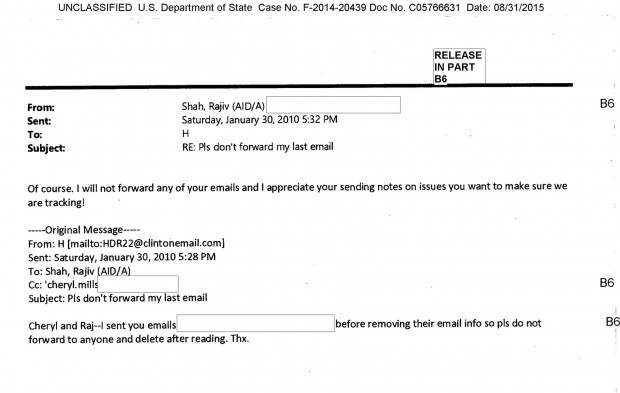 A picture is worth a thousand words, now isn’t it, Hillary?