Who doesn’t love the modern age of mail delivery? It has revolutionized the world and packages delivered right to your door are more convenient then fighting the traffic and long lines at the department store, but they can also be prime targets for thieves. In fact, here is one guy that got so fed up with having his packages swiped right off his front porch, that he actually set an explosive surprise for the next punk[1] that tried to steal his property — and he made sure to catch it all on film for our viewing pleasure! 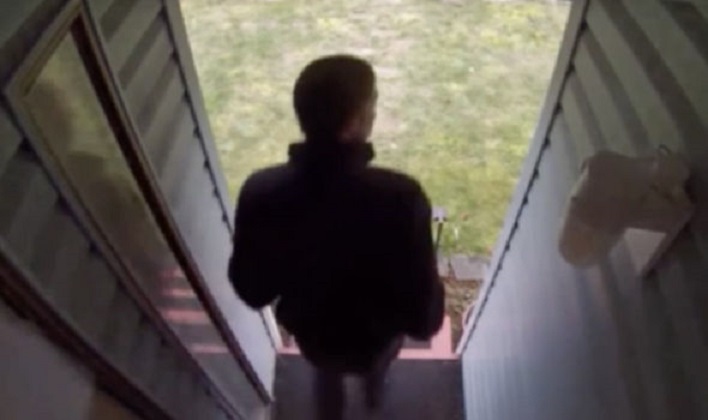 Jaireme Barrow took a bogus package and set it with a blank 12-gauge shell so that if a thief tried to run off with his package…BOOM! There would be a loud surprise waiting.

Sure enough, a woman is caught heading up to the door and continued to pick up Barrow’s package — but before she could make good on her thievery, a loud “pop” gave forth from the trap!

We see the woman scream as she fled back to the vehicle she came in to rob Barrow. A man exited the house, presumably Barrow, to try and catch the thief’s licence plate before she could get away. 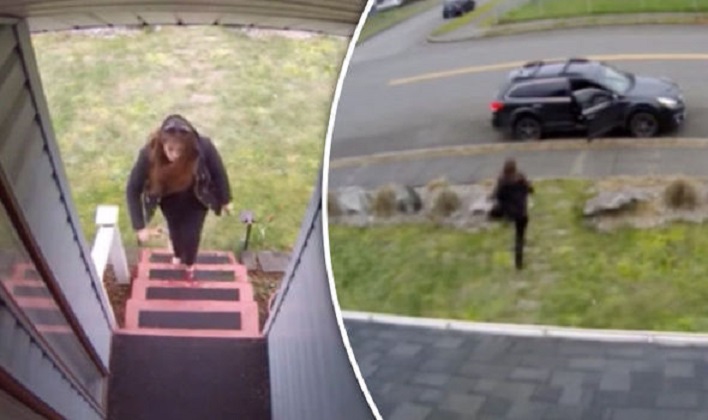 Barrow posted the video and wrote: “I got fed up with having my Jeep parts stolen so I decided to rig a package with a 12 gauge blank shell.”

He had posted a video previously that displayed a thief in the act and wanted to get the word out that “The next one stolen will make for a great video.”

Online commentors both approved Barrow’s way of justice and questioned why he didn’t just report the thefts to the proper authorities.

One person congratulated Barrow in a way: “Finally someone that’s done what I’ve been wanting to do for a while.”

Another couldn’t help but laugh, “HILARIOUS! That woman’s scream. Serves her right.”

Did his way work? Looks that way. Problem solved!