The attacks against police continue and it is ramping up to a whole new level. Criminals are getting more and more brazen and this particular report reveals a heinous crime[1] that could become a trend if these perpetrators are not brought to justice. 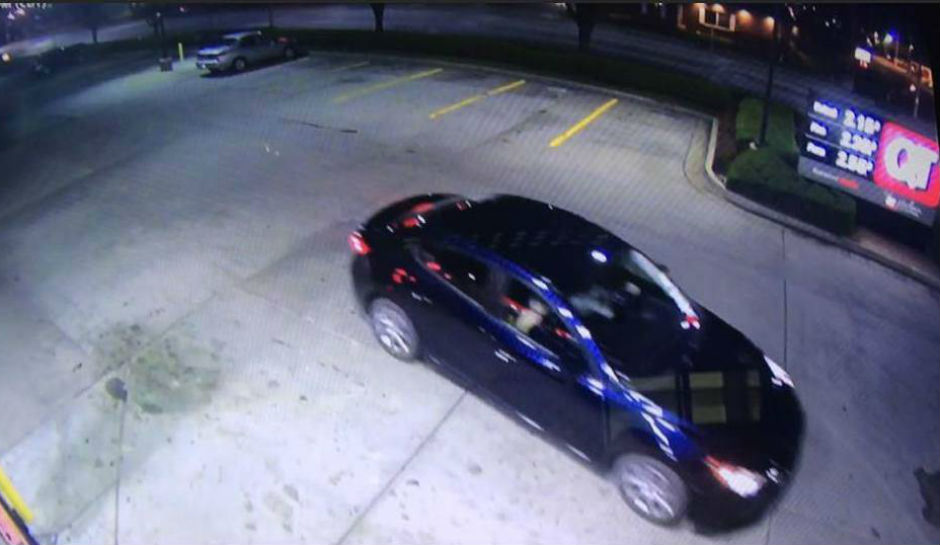 Authorities are continuing their search for two men who are targets for questioning in the kidnapping and sexual assault of a Johnson County sheriff’s deputy. A video has been released by authorities depicting a car that is believed to be driven by the suspects.

The rookie deputy, who is in her 20’s and has only been working with the sheriff’s department for 6 months, was abducted about 11:30 p.m. Friday from a parking lot as she was about to head into work at Central Booking at 101 N. Kansas Ave. in downtown Olathe.

The deputy was in plain clothes at the time and stated that she did not recognize her abductors, said Darla Jaye, a spokeswoman for the sheriff’s office.

About 1:30 a.m., the deputy was released by her captors and dropped off near Interstate 470 and Northeast Woods Chapel Road in Lee’s Summit. She made her way to the Jackson County sheriff’s headquarters at 4001 N.E. Lakewood Court in Lee’s Summit, which was nearby, Jaye said.

The investigation states that two men in a dark blue Mazda saw and stalked her from the QuikTrip convenience store near Santa Fe Street and Interstate 35 for 1.5 miles, Jaye said.

The Johnson County Sheriff’s Office discharged surveillance video of the car in question driving through the parking lot at the QuikTrip, asking for help in recognizing the vehicle.

The sheriff’s office is searching to identify and talk with the men, whom they have labeled “persons of interest.”

So far no description of the suspects have been released, only that they are believed to be in their 20’s.

They also sent out a tweet Sunday morning petitioning for the public’s aid.

Police have stated that a few calls have come in, but as of yet, nothing solid has stuck.