A Pittsburgh school’s homecoming game has shifted drastically due to some ‘behavior’ issues. The game was set to be an afternoon kickoff and will allow only parents of players to attend and watch, following a contentious National Anthem protest[1] by the school’s cheerleading squad. 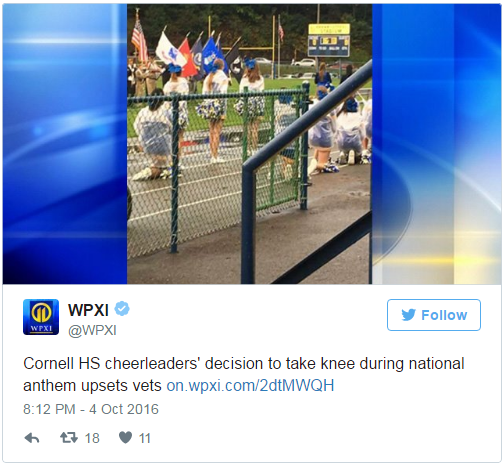 As reported by the Pittsburgh Post-Gazette[3] as well as other local media sources, Cornell High School’s scheduled homecoming game, the school’s first since reviving its football program in 2016, has moved up its schedule due to major safety concerns about the school’s student athletes and other potential student body.

It all started during a game on Sept. 30th. Cornell cheerleaders took a knee during the National Anthem as a protest against the treatment of African American men and others. The mode of protest, made famous by Colin Kaerpernick, saw 12 of 15 cheerleaders take a knee during the National Anthem. It evoked impassioned reactions from both sides of the protest, but particularly from those who felt the protests was a smack to the face of area veterans who were invited to serve as the honor guard during the anthem.

A video was later published by critics of the protest that went around social media, directly calling out the teens by name and leaving some afraid for their safety at Friday’s game. 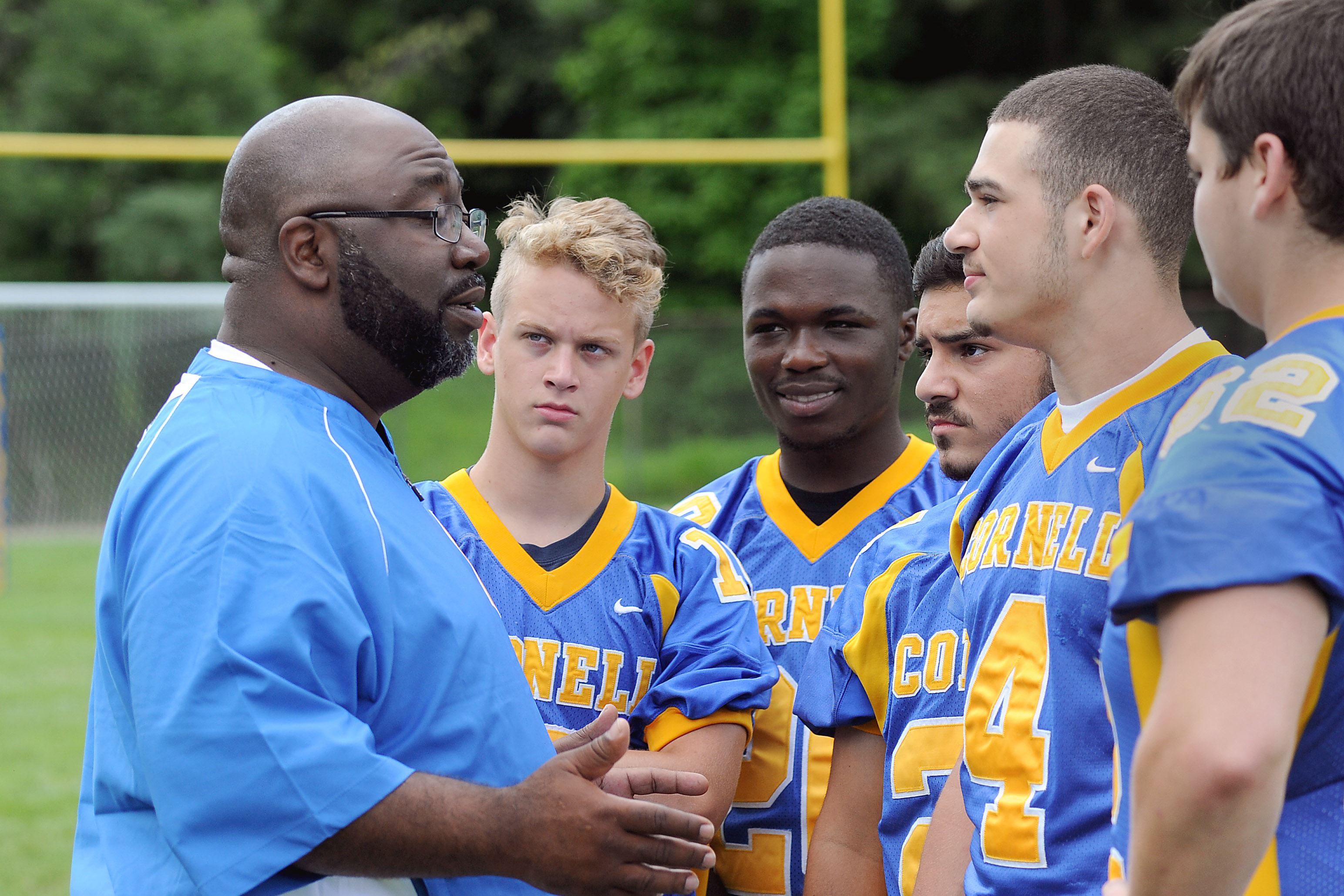 That’s what inspired Cornell Superintendent Aaron Thomas to move the kick off time in an attempt to decrease any conflict between players and fans. In fact, Thomas even went as far as to forbid any who are not parents of current players from attending the game.

The ‘betterment’ should make for a strange and eerie condition for both Cornell and Shenango, the school’s forthcoming foe.

Again, we have a school administrator taking idiotic measures for ‘safety’, and yet no one has been attacked. Way to spoil it for everyone, jerk.