KARMA! Thug Bullies Homeless Man, Then Gets Put In His Place

This thug thought it was cool to harass a homeless man who was just hanging out on the sidewalk minding his own business. So he did…and with his friend standing-by he yelled all sorts of profanity at the poor homeless man, until finally he was able to get away from the thug. Well just minutes later, word got out about how cruel he was…then THIS happened… 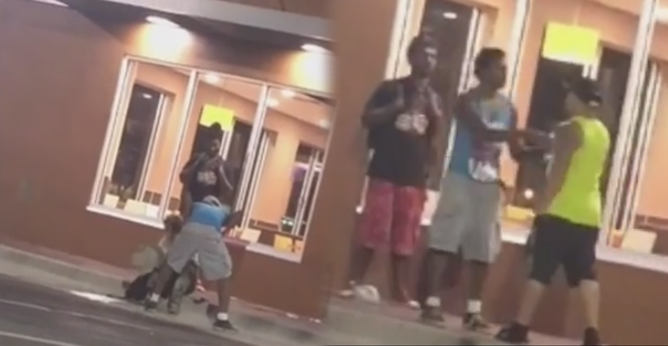 WARNING: This video does have violence

There is little more satisfying then seeing that justice was served… I mean really?! He’s a homeless man, with enough to bare already, then this punk decides to make things worse!? Who does that!?!

Well, there are plenty of people who weren’t very happy about it either…

CaliforniaSasquatch1 day ago
Why didn’t he knock out the other a$$hole that was backin’ up homeboy while he bullied the homeless guy?﻿

raytheater1 day ago
Once in a while, Karma destroys someone instantly. All he had to do was leave that homeless man alone and his life wouldn’t have been wrecked.﻿

Greg Hakala20 hours ago
Boom, boom out go the lights…﻿