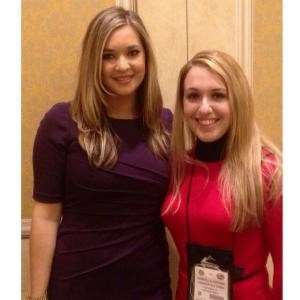 Las Vegas, Nevada — The National Shooting Sports Foundation (NSSF)’s 37th annual SHOT Show convention is underway. Over 60,000 people are estimated to attend this year’s convention in Las Vegas, Nevada. Of those who’ll be in attendance, many include new gun owners and women.

Counter Cultured sat down with Katie Pavlich at SHOT Show to chat about Outdoor Channel’s new documentary Safe Haven and the way the shooting sports industry is reaching out to new demographics with respect to women and young people. Katie is a News Editor for Townhall.com and a Fox News Contributor. She’s also the author of the New York Times bestseller Fast and Furious: Barack Obama’s Bloodiest Scandal and Its Shameless Cover-Up[2] and Assault and Flattery: The Truth About the Left and Their War on Women[3].

Katie noted how multifaceted and expansive the shooting sports industry is.

She said, “A lot of people don’t understand how multifaceted it is…SHOT Show is incredible because it brings so many different industries inside the gun industry-the firearms industry- together.”

“It’s an 8 billion dollar a year industry. It employs millions of people. Las Vegas alone is going to see an increase in 90 million dollars this week, which I think is awesome and amazing,” she added.

Katie elaborated how this conference attracts many people from different sectors, including those in self-defense, military, and small business. She emphasized how entrepreneurial and pro-small business SHOT Show is.

She added, “It’s (SHOT Show) not a fringe thing, it’s a mainstream American thing. And it’s really important to the future of America for this to continue. All of the people here are dedicated to the cause.”

She stressed the importance of reaching out to undecided people in the middle who may be swayed by the anti-gun crowd. “We have to reach out to the middle…” She added, “I think we have a pretty good shot at bringing more of those people into the shooting industry…I’m really looking forward to people to see it.”

With respect to Millennials she said, “Young people have a pretty favorable view towards the firearms industry overall.”

“Young women, millennial women 18-32, are the fastest growing demographic of people getting involved in the firearms industry.”

She noted that young people are drawn to the firearms industry because it emboldens individualism.

“The firearms industry has so many things to offer…It’s very versatile and you can really individualize how you approach the industry,” she said.

“If you have someone who’s skeptical, take them to the range with you…You can convert one person at a time.”

Safe Haven will be premiering on Outdoor Channel later this year.