Celebrities have announced their refusal to support Donald Trump as if that’s supposed to mean something to the average American. Apparently it was supposed to be some kind of diss toward the President-elect, but it’s actually making him look more appealing to average people who are sick of famous people trying to think for us.

Of course, Trump isn’t completely opposed to the idea of celebs visiting the White House, but he certainly won’t be entertaining those like Jay-Z or Beyonce who blindly support politicians like Hillary Clinton without caring about her track record. 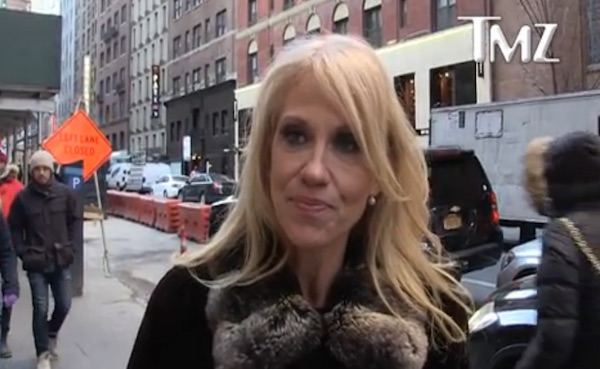 Celebrity gossip website TMZ caught up with Conway and asked her whether a President Trump would still be seeing the same number of celebrities in the White House and President Obama did during his terms as leader.

Her response was awesome.

“I don’t know that we’ve quantified it, but we certainly welcome those who support the president, and who have something to add to the conversation.”

Afterward, she attacked all of the celebrities who blindly supported Democratic Presidential nominee Hillary Clinton, such as Jay-Z and Beyonce.

The White House is not a King’s Court and we’re not looking for jesters, but if there are any intelligent celebrities who want to plead their case to Trump, they absolutely should. I think it’s ridiculous that people expect the President to entertain famous people when his/her job is really to look after all of the American people, not just those who play make-believe for a living.