As America suffers from some of the deepest racial division it has seen in decades, political commentators have been discussing the recent use of the word “nigger” by President Obama. Political pundit Kevin Jackson claims[1] that the president’s use of the controversial term was him “mooning” America, gloating that he can say a word that many of us aren’t allowed to. 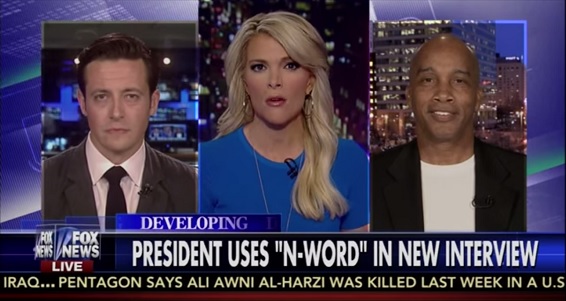 It was Obama “Mooning America” and saying “I can say words you can’t.”

We don’t expect to hear certain words coming from the mouth of the President of the United States and this is absolutely one of them. Mark seems to think that it was deliberately calculated to spark the conversation about racism and Kevin told Mark exactly how he felt about that comment.

Jackson is right. Obama loves when rules don’t apply to him and this was simply a sophomoric attempt to stir the pot of racial disharmony once again.