Kids Forced to Murder Infidels or Have Their Mothers Raped

I’m just gonna start off by saying that there better be a special place in hell for people who do this to a child. A 14 year old boy was recently interviewed at an Iraqi intelligence site, and it was recorded saying that he was “seduced to join the caliphate” and that he was told if he did not join, the enemy Shiites would come and rape his mother.[1] 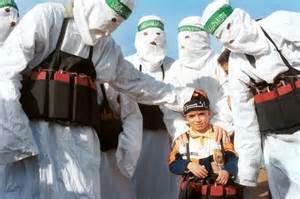 From The Times Of India:

His life, to say the least, took a detour.

On a recent evening in Baghdad, Usaid, who is 14, approached the gate of a Shiite mosque, unzipped his jacket to show a vest of explosives, and surrendered himself to the guards.

“They seduced us to join the caliphate,” he said several days later in an interview at a secret Iraqi intelligence site where he is being held.

Usaid described how he had been recruited by the Sunni extremists of the Islamic State from a mosque in his hometown, Manbij, near Aleppo. He said he joined the group willingly because “I believed in Islam.”

“They planted the idea in me that Shiites are infidels and we had to kill them,” he said in the interview, which took place in the presence of an Iraqi intelligence official.

If he did not fight, he was told, Shiites would come and rape his mother.

He soon found himself in Iraq, but he quickly had misgivings and wanted to escape. His best chance, he decided, was a risky deception: volunteer to be a suicide bomber so he could surrender to security forces.

The wars in Syria and Iraq have set grim new standards for the exploitation and abuse of children. Thousands of them have been killed or maimed through indiscriminate bombings, in crossfire and, in some cases, executions. Young girls from minority groups, especially Yazidis in Iraq, have been captured as sex slaves by the Islamic State, also known as ISIS or ISIL. Young boys have been given rifles and told to staff checkpoints or patrol neighborhoods — or have been recruited, as Usaid was, to become suicide bombers.

In the areas it controls in Iraq and Syria, the Islamic State has established centers for the military and religious training of children, in an effort to indoctrinate them and build a new generation of warriors.

“Oh, that silly religion of peace is at it again, but boys will be boys,” right lefties? This is the Islam you defend so vigorously. This is what is happening every day for months and years on end, and you’re content to sit by and let it happen because “not all Muslims are bad.” Well I hope you’re happy with yourselves, because this what what you’re condoning.