How shocking. You ride around with loads of cocaine next to your Kindergartner, and he tests positive for cocaine. Yep. That’s amazing. More on these parents of the year: [1] 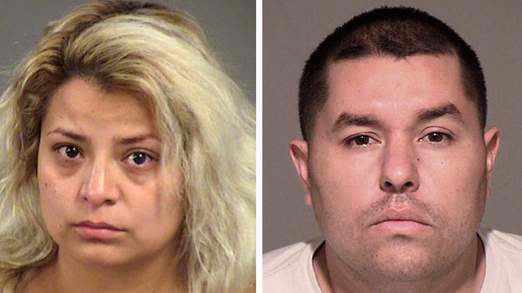 A five-year-old US boy has tested positive for cocaine after his parents were arrested on a drug charge.

Police arrested the couple, Marco and Sandy Cuevas, after stopping their vehicle in Moorpark, southern California, on Friday.

The youngster was found in the back seat of the car with half a pound of cocaine.

Although the unnamed boy tested positive for the drug in his system, he did not require medical attention, said police.

His wife was carrying more than $10,000 in suspected drug proceeds.

Authorities said they found hundreds of prescription-drug pills, several pounds of marijuana and $75,000 in cash at the couple’s home.

Almost 3,000 rounds of ammunition and 16 guns were also discovered at the property.

The two are accused of conspiracy to sell cocaine, possession of cocaine for sale, and child endangerment.

Police suspect Marco Cuevas of distributing an influx of cocaine over the summer among teenagers and young adults in the area.

He is in custody in lieu of $1m bail; his wife was able to obtain bail and is awaiting a court date.

#PARENTINGFAIL. Please tell me this winning duo will at least not keep custody of this little guy. He deserves better. Mom and dad both need parenting classes and a sterilization procedure. Stay strong, little dude. Life will get better.