These days, you hear nothing but threats coming from the Obama Administration[1] about “Gun Control” and with the new California law that will allow the seize of their legally owned guns at the drop of a penny…things are getting even MORE out of hand. BUT…among all the lurking fears of our guns being taken, there is one grocery store that says… ENOUGH is ENOUGH, and they are making a rule of their own that will go into effect on the 1st as well! 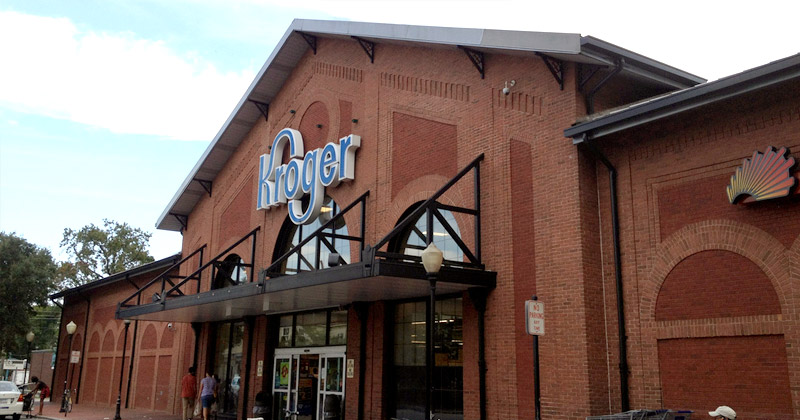 While other major grocery chains in Texas are opposing the open carry law set to go into effect on January 1, Ohio-based Kroger has no intention to bar its customers from bringing guns into their stores.

Grocers like H-E-B, Whole Foods, Sprouts and Randall’s now display appropriate signage informing customers that they “may not enter this property with a handgun that is carried openly.”

Kroger, which has several stores in Dallas and Houston, however will not impose additional rules on gun owners.

Back in March, Kroger CFO Michael Schlotman revealed the store planned to abide by “local laws” whatever they may be.

“So we follow local laws [and] we ask our customers to be respectful to the other people they are shopping with.
And we really haven’t had any issues inside of our stores as a result of that.”

“The safety of our customers and associates is one of our most important company values. Millions of customers are present in our busy grocery stores every day and we don’t want to put our associates in a position of having to confront a customer who is legally carrying a gun. That is why our long-standing policy on this issue is to follow state and local laws and to ask customers to be respectful of others while shopping. We know that our customers are passionate on both sides of this issue and we trust them to be responsible in our stores.”
Meanwhile, others are pointing out the hypocrisy of stores in Texas that allow concealed carry while denying open carry.

“In the state of Texas, open carry is only be legal if the carrier also carries a concealed carry license,” writes Nick Leghorn for TheTruthAboutGuns.com. “Realistically, by adopting a policy of permitting concealed carry and banning open carry, H-E-B is simply saying is ‘when you come in here, just throw your shirt over your gun please.’