The terrible actions of one shooter in Louisiana[1] have shocked a nation and broken the hearts of so many. The coworkers of one lost victim posted a touching tribute on Facebook. 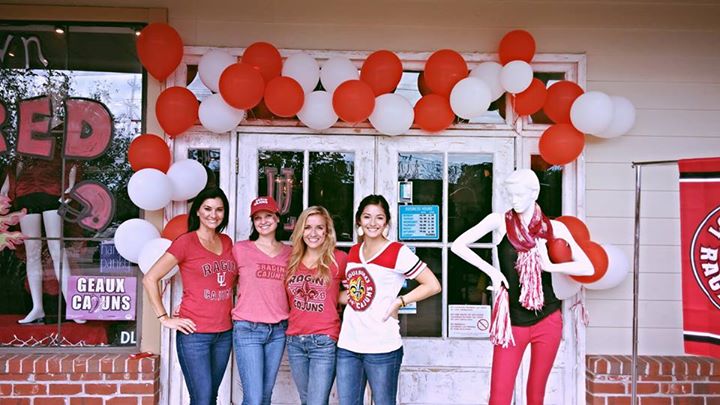 At The Grand Theater in Lafayette, Louisiana, Mayci Breaux’s life was taken too soon by a gunman who opened fire about 20 minutes after the movie began.

According to the Daily Mail[4], the 21-year-old college student was there with her long-time boyfriend, Matthew, who was injured after being shot in the chest.

At time of her tragic passing, Mayci worked at a local boutique called “Coco Eros.” The boutique posted a tribute to their beloved friend and colleague earlier this morning.

“Nothing ever prepares you for a loss…Much less the loss of such an amazing young woman. We are deeply saddened by this loss. Many of you had come to know and love Mayci and we ask that you pray for her family during this tragic time.”

The store also announced that due to the untimely loss, they would remain closed for the day.

Her family and friends remember Mayci as an amazing and beautiful young woman.

Her sister, Ali, recalls the amazing relationship her sister had with her boyfriend, and how they would talk about starting a family at the same time.

“I always wanted what they had because it was just so great. They never fought,” Ali says[6]. “We talked about her wedding, how I’d be her maid of honor, about us having kids at the same time, how we’d all be close.”

The tragic events during [that] screening of “Trainwreck” claimed the life of another woman, Jillian Johnson, and injured 8 others along with Mayci’s boyfriend, Matthew Rodriguez.

This was a senseless tragedy that claimed the lives of innocent people, and we should remember that prayers are more helpful than politicization.