Laura Ingraham May Be Trump’s Next Press Secretary

Loyalty has its rewards.[2] And none more sweet than being rewarded for standing by Donald Trump during his entire campaign. Radio host Laura Ingraham is being spoken of as a possibility for Trump’s White House Press Secretary. She fiercely and brilliantly defended his platform and his policies while taking heat from much of her fellow media members. But she never lost faith and never stopped making the case.

Laura is a Fox News contributor, has a nationally syndicated radio show and operates her own website LifeZette.com. She leveraged all of these to advance support for a Trump presidency. She was a goldmine of information during the campaign as she has spent years exposing the nefarious dealings of the Clintons. 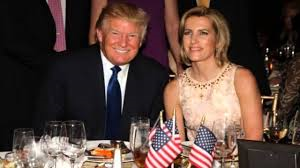 Ms. Ingraham has no comment on this possibility, but is said by a source at The Hill, to be in contact with Trump and may be interested in the job. One thing is for sure, if she takes on this new role, it will be refreshing to see someone other than the Obama yes-man Josh Earnest. Ingraham is known for being tough and smart and not taking any nonsense from anyone and that includes the press. Here’s hoping we see her at the podium!