Points for trying, but this has to be the dumbest thing I’ve ever heard a lawyer say. His client is on trial for murder, and he wants the location moved because the tributes to the victim – that his client murdered – are too sympathetic[1]… 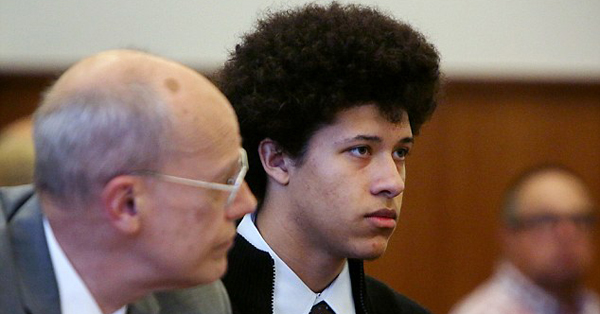 A teenager accused of raping and murdering his math teacher has been brought back into court while his lawyers demand the trial should change venue.

Phillip Chism, 16, allegedly strangled, sexually assaulted and slit the throat of Colleen Ritzer, 24, in a bathroom at Danvers High School in Massachusetts in October 2013 before dragging her body out in a recycling barrel and dumping her remains in nearby woods.

His attorneys say his right to a fair trial has been ‘poisoned’ by extensive news coverage of the criminal charges against him and the numerous tributes to the teacher have generated ‘enormous sympathy’ within the community.

Imagine that, “enormous sympathy” over a teacher that was murdered. What happened to the American I used to know?

The prosecution has not yet responded. They are most likely too busy laughing.