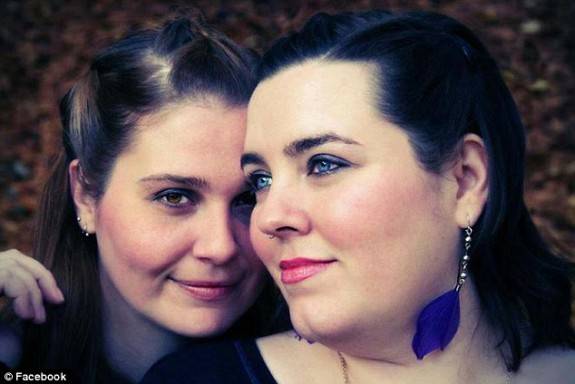 [1]You’ve probably heard about Sweet Cakes Bakery, which has been forced to shut down after its owners declined to bake a wedding cake for a same-sex wedding, asserting it went against their strongly held religious beliefs. Two lesbians and sued, and now we know on what grounds they won.[2]

Rachel and Laurel Bowman-Cryer (pictured) sued Aaron and Melissa Klein of Sweet Cakes Bakery, forcing it to close its doors and won damages which will bankrupt the family. The Bowman-Cryers claimed they felt “mentally raped”[3] in a list of 88 symptoms of emotional distress at being refused a cake.

The GoFundMe donations page for Christian ‘Sweet Cakes’ bakery was taken down[5] on Friday night.

When is this going to end? A handful of small Christian businesses decline to service a few people based on their strongly held religious convictions. Meanwhile, thousands of Christian businesses across the county regularly service the LGBT community. Muslim bakeries refuse to service gay couples[6] with wedding cakes and no one bats an eye. Even conservative gays like Tammy Bruce and Gay Patriot have come out against the demonizing of a handful of small Christian businesses. This is all very telling, revealing it’s not about being gay, rather it’s part of a far left agenda to take away religious freedom for Christians by any means necessary.