I thought we were all at the acceptance stage of all the allegations being made about Bill Cosby. It would appear that comedian Damon Wayans isn’t quite there yet. He had some interesting comments[1] on a recent radio show… 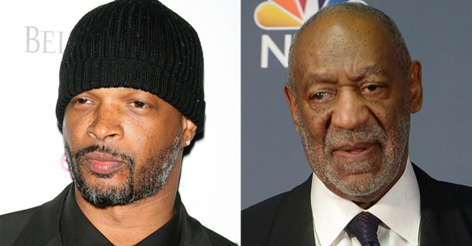 Candidly expressing his disbelief in the accusations leveled against Cosby, Wayans questioned his alleged victims’ readiness to accept pills from the comedian. He also proposed that the women rallied against Cosby after he decided to discontinue relations with them. Wayans also offered a quip about the appearance of the accusers, referring to them as “un-rapeable.”

Relating to his own experiences, Wayans stated that fame often leads to women “throwing themselves” at celebrities. Though apologizing to any of the alleged victims who may have been raped, Wayans also questioned the allegations of drugging, by maintaining that Quaaludes were the “drug of choice” at the time of the alleged incidents.

You can watch his comments below, which begin at 26:07. He also talks about his time on “In Living Colour,” which if you haven’t seen is an absolutely brilliant show and possibly one of the best sketch comedy shows of all time.