Liberal Columnist: All Men Should Be Put In Camps & Heterosexuality Should Be Eradicated

Modern feminism is a far cry from the feminism that once advocated for equality. Today’s feminism is about retribution and supremacy, not equality. One leading feminist has stopped the charade entirely and stopped advocating for equality and has been brutally honest; she feels heterosexual men should be rounded-up into camps.[1] 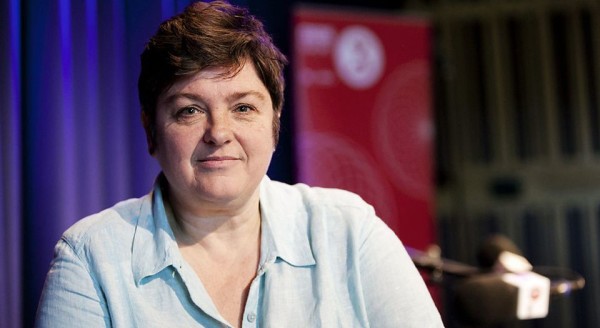 England’s most influential radical feminist was asked whether she believes“heterosexuality will survive women’s liberation”[3]:

It won’t, not unless men get their act together, have their power taken from them and behave themselves. I mean, I would actually put them all in some kind of camp where they can all drive around in quad bikes, or bicycles, or white vans. I would give them a choice of vehicles to drive around with, give them no porn, they wouldn’t be able to fight – we would have wardens, of course! Women who want to see their sons or male loved ones would be able to go and visit, or take them out like a library book, and then bring them back.

And I am sick of hearing from individual women that their men are all right. Those men have been shored up by the advantages of patriarchy and they are complacent, they are not stopping other men from being sh–.

I would love to see a women’s liberation that results in women turning away from men and saying: “when you come back as human beings, then we might look again.”

Bindel’s suggestion of rounding up males “in some kind of camp”[4] drew harsh attention from men’s rights activists (MRAs) at mgtow.com[5], the blog “HEqual”[6] and at Reddit[7]. What was most interesting, however, was the way in which other prominent feminists silently ignored this comment by Bindel, a militant lesbian who is a columnist for the British Guardiannewspaper[8]. What conclusion should we draw from the silence of “mainstream” feminists toward those who publicly express their movement’s anti-male/anti-heterosexual ideology?

Are we to suppose that Bindel’s fellow Guardian columnist Jessica Valenti actually disagrees with Bindel? Valenti is heterosexual and married to a man. Does she not bristle at the implied insult of Bindel’s assertion that, like other men, Valenti’s husband is complacently benefiting from “the advantages of patriarchy”? Or what about a young feminist like Laurie Penny, whom Bindel insults by name[9]?

On the one hand you have got utter idiots like Laurie Pennywho are simply coming out with the stuff that she does because she knows that the groups she is supporting, that are pro-trans, pro-sex work, and pro- other anti-women nonsense, are run by very high profile, powerful libertarian men. We know that she is doing it for a career move.

Considering that Laurie Penny is a fangirl of Bolshevik commissar Alexandra Kollontai[10], this accusation of being a mercenary puppet of “powerful libertarian men” is certainly shocking, and yet where is Laurie Penny’s rebuttal? Where is any feminist speaking out against Bindel’s forthright advocacy of “political lesbianism”[11]?

To this we might answer simply, “Cui bono“? Who benefits from heterosexuality? Is it true, as Julie Bindel asserts, that heterosexuality is “imposed” on women, to their disadvantage, by males who thereby derive an unjust benefit? She is certainly not alone in asserting this, as anyone who has read my book Sex Trouble[12] understands. Yet decades of silence by “mainstream” feminists about their movement’s fundamental anti-male ideology has served to shield feminist gender theory — the social construction[13] of the gender binary[14] within the heterosexual matrix[15] — from critical scrutiny. Whenever feminism begins one of its periodic resurgences, as in the early 1990s when a media publicity campaign gave rise to the movement’s so-called “Third Wave,” lesbianism always emerges as crucial to the agenda. The feminist movement at large denies that there is any evidence of causation in this correlation, and internal disputes about sexuality within the movement are generally ignored by the liberal media, which prefers to present feminism as a united and wholly respectable cause, dismissing the movement’s critics as irrational bigots.

Putting heterosexual males in camps? No, please tell me more about this patriarchal tyranny that is, supposedly, lurking around every corner…