In an effort to save their ratings that have been in a nosedive, the hosts of “The View” decided they would call Donald [1]Trump and ask him a few questions…what they didn’t expect, was that he would have the answers… silly them. 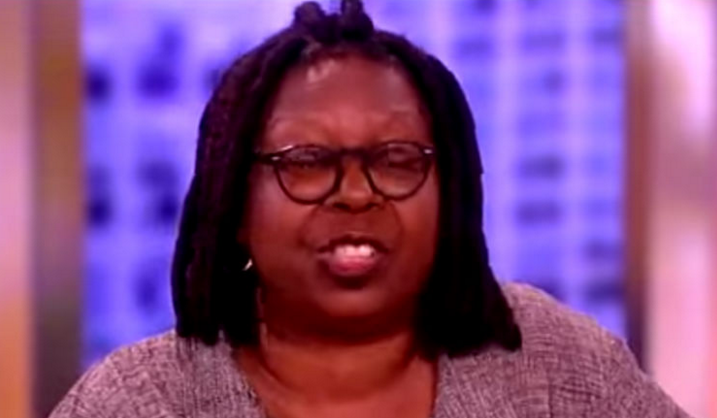 After asking Trump what his Iran deal would have looked like, Whoopi quickly turns the topic of discussion to immigration pointing out that Trump’s own wife is an immigrant of Eastern Europe.

“Your stance on immigration is a little testy for folks,” Goldberg told Trump. “Not all Mexican immigrants are murderers and rapists, I just want to straighten that up.”

But then Behar went too far when she asked Trump if he is a “Democrat at heart.”

“I used to be a Democrat,” Trump admitted, saying that he switched parties just like Ronald Reagan did. “And now I’m a Republican, a conservative Republican, but with a very big heart.”

No matter how hard Whoopi and Behar tried, they couldn’t knock Trump down. Instead, he won over the liberal audience by saying how much he respects women.

“You’ve got to get a bit more informed in what’s going on in women’s issues,” Whoopi accused.

When Trump claimed to be well informed, Whoopi bit back with, “No, baby, I swear to you, Donald, you’re misinformed here.”

By the end, Whoopi and Behar looked foolish on Live TV. Now Trump is more popular than ever.

Did you catch that mid-way through? Joy eluded to the idea that because Trump shows signs of having a heart, he must somehow be a Democrat… WOW, just wow. How blind they are….