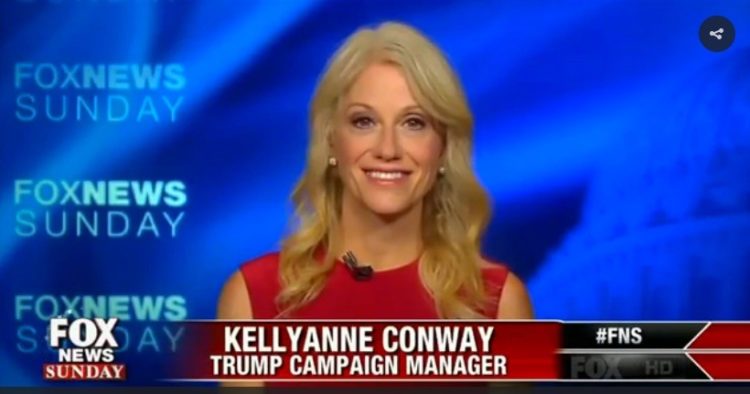 When Kellyanne Conway first arrived on the scene as Donald Trump’s campaign manager, I was more than a little skeptical of her. But she has quickly become one of the most impressive women I have watched this year. She is informed. She is articulate. She is passionate. And she is not afraid to stand up in the face of those attacking her and her beliefs.

What I have noticed most is how she knows exactly what she is talking about. She is incredibly aware of what is going on and her opinions are not framed by the media. She is a bold free thinker.

Recently, she was on MSNBC’s show hosted by Rachel Maddow. Many people know her for her election night meltdown. Here it is in case you missed it:

Her election night commentary was astounding.

And just recently, she had the brilliant Kellyanne Conway on her show. And what followed was enlightening to say the least. Kellyanne Conway carried herself remarkably well. She was obviously under attack, but she never bit back. She was intelligent and articulate. And even with the feisty and baiting news anchor, Rachel Maddow, it was an impressive conversation.

What was most impressive happened after the interview. Rachel Maddow actually took the time to thank Kellyanne Conway for coming on the show. It was pretty powerful actually. And my personal respect for Rachel Maddow increased greatly.