Have you ever met a Liberal brave enough to call a Navy Seal a mass murderer [1]to their face? Me either! Since Liberals aren’t known to have enough courage to back up their empty opinions in person, they mostly take to their social media accounts to call names and make unfounded claims in the safety of their feet pajamas with their overfed cats— Claims they could not possibly back up in person. Writer, Maxi-pad Blumenthal takes Liberal wussiness a step further and decides to smear deceased Navy Seal and Master Sniper Chris Kyle. 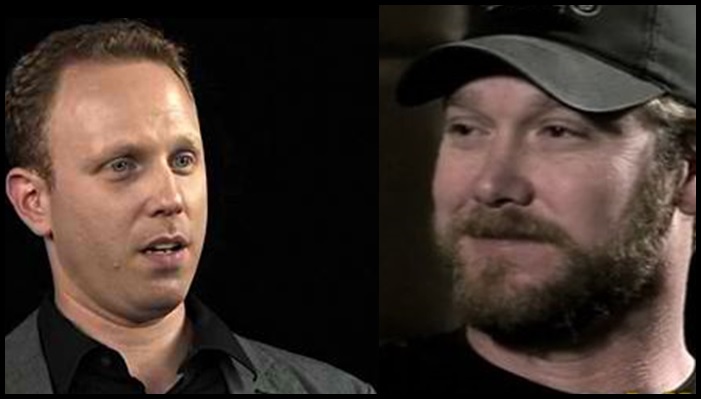 Senior writer for Alternet.org, is under fire after he recently bashed “American Sniper” Chris Kyle as “another mass murdering sniper” in a series of controversial tweets.

Most of the tweets were sent out on Dec. 26, but he also resumed criticizing the late Navy SEAL on Tuesday, claiming he was the “perfect recruiter for ISIS.”

Chris Kyle, who called Iraqis "savages" & boasted of looting their homes, was the perfect recruiter for ISIS. https://t.co/WhtXBQOQdR[3]

I haven't seen American Sniper, but correct me if I'm wrong: An occupier mows down faceless Iraqis but the real victim is his anguished soul

@LoveFor714[6] @rpgirl27[7] John Lee Malvo, another mass murdering sniper, would not be glorified on prime time.

“Equating one of our greatest heroes to a mass murderer who went on a shooting, killing spree in D.C. and killed ten innocent people — how dare he? And on Christmas Day, when you think about Chris Kyle’s family, his wife, his young children, having to face this assault even on our military,” she said.

Kyle and fellow veteran Chad Littlefield were gunned down by Eddie Ray Routh at a secluded Texas gun range in February 2013. Kyle’s autobiography, “American Sniper,” has been made into a Hollywood production produced by Clint Eastwood and starring Bradley Cooper. The film is currently out as a limited release and a nationwide release is set for Jan. 16.

He also says that America was led into war with Iraq because of racism not terrorism? Yeah Maxi-pad is a total blowhard and likes to make incendiary comments because he thinks he’s clever sitting in front of a protective screen. He’s a clever wussy liar in feet pajamas who likes to smear brave men like Chris Kyle and victims of terrorism.

@ArabVoicesSpeak[9] the whole film's appeal seems to derive from the latent racism that led America into Iraq.

My only hope is someday one of Chris Kyle’s buddies runs into Mr. Blumenthal and asks him to repeat some of the things he’s been saying on twitter. It would be priceless to watch this little man just stammer and stumble over his words as he formulates sentences without hashtags.