Liberals Fighting For Unemployed To Get Yearly Salaries… [VIDEO]

In case you weren’t aware, ‘Lucha por $15’ is how you say ‘Fight for $15’ in Spanish. It’s very important to include Spanish in your protest in case someone chooses to work and live (and WHINE) in the United States is too lazy to learn the national language, English. Anyway, there is a mediocre campaign trying to look big that is fighting to destroy the economy of the U.S. 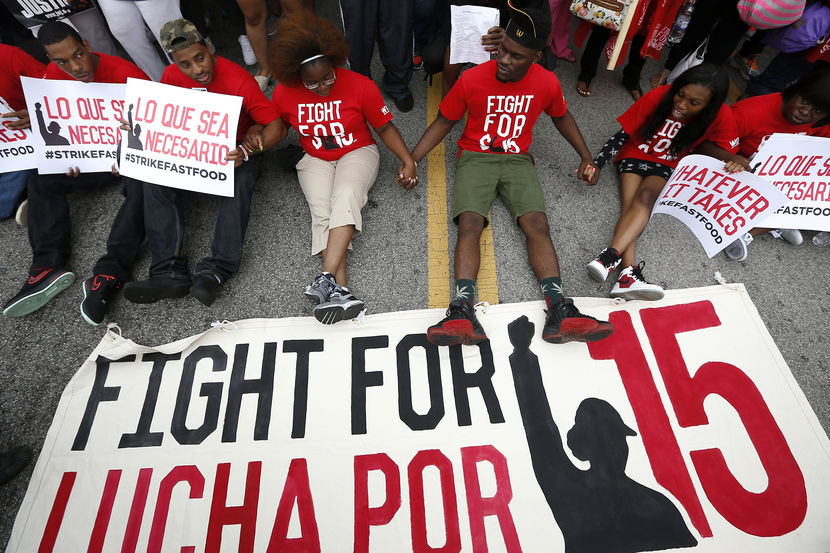 Rather than encourage minimum wage earners to become better workers so they can earn more money, Liberals want to weaken the nation’s economy so that the menial jobs that are left will pay a wage much higher than is necessary for such positions. ‘Flipping burgers’ is the term for working at a fast food restaurant. I didn’t even need a H.S. diploma to work at a burger joint when I was 16. It took no special skills… basically you need to be able to follow basic repetitive instructions. There was no need to think. I was 16… so that was good. I got paid minimum wage because it was a job meant for young kids without skills, like me at the time.

NOW Liberals want to start encouraging adults to lower their standards and steal all the high school kids’ jobs by making the wage higher, making it less likely McDonalds would hire them. WOW… why do Democrats hate teens?

WATCH this video below… not sure if the speaker is a man or woman, but it doesn’t matter. Sooo basically he is saying that candidates MUST support a guaranteed annual income for those who are not working. Yeah really… I thought at least they would have them perform some type of task, but I guess just voting is good enough to get paid $15 an hour salaries. Weird how THESE people think…