Miranda Lambert is in the news again, but this time it has NOTHING to do with her marriage or ex-husband[1], but simply because, she is NOT the woman that you want to mess with…

Lambert is armed because she was the recipient of a death threat and decided to take matters into her own hands by gunning up and protecting herself.

In her recent cover issue of Self magazine, Lambert chose to celebrate 15 things she is never going to apologize for, and self-protection is high on the list.

“I carry a weapon. I got a death threat a few years ago and was really scared. But I don’t want bodyguards. I am my own security,” she told the magazine.

Props to Miranda for her modern way of taking her safety into her own hands- rather than relying on others.

We love her 21st century brand of feminism! 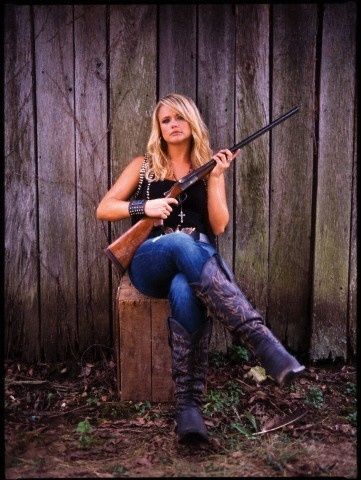