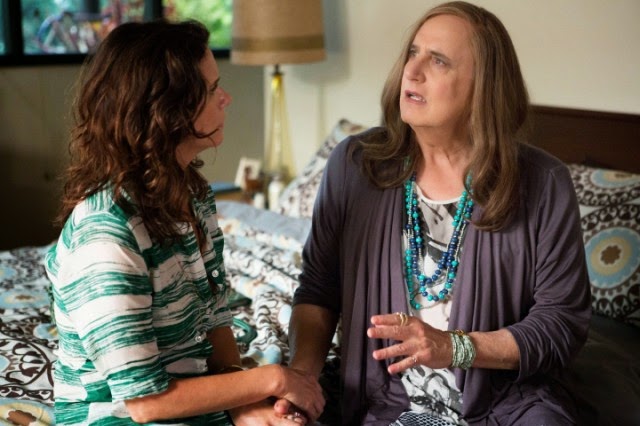 Hmm, let me see. A series about a man who wants to live as a woman and the actor playing the role is British, wins the Golden Globe voted on by the Lib foreign press. I didn’t see that coming.

Breitbart[2] reports Transparen[3]t, an Amazon[4] original drama about a family struggling with its father’s admission that he is transgender, won this year’s Golden Globe award for Best Television Series – Musical or Comedy.

Jeffrey Tambor[5], best known for his roles in There’s Something About Mary, Entourage, and the Hangover movies, stars as Maura Pfefferman in the show, and accepted the award alongside fellow Transparent cast and crew.

Almost instantly achieving a beguiling and bittersweet tone, Transparent represents the sort of breakthrough destined to firmly put Amazon’s nascent original programming push on the map. Jeffrey Tambor stars as a family patriarch grappling with the decision to reveal to his grown kids his desire to be a woman. Jill Soloway’s grainy, indie film-style half-hour series contains more melancholy than mirth, with knowing insight about family dynamics and private pain. Delicately dealing with the transgender issue, the show features a familiar device — dad’s changed life has ripple effects — but establishes its ensemble as one worth watching (or bingeing) over 10 episodes.

I didn’t see the series and I’m sure it’s well done. But, this is how Liberals use the powerful media of television to “normalize” an abomination in God’s sight. The way one is born is what their meant to be. Debate over!