Look How Gays In West Hollywood Are Responding To Gun Control After Orlando – LIBERALS Will Fume!

If you’re looking to be shocked today, this story will absolutely do it. Who knew that there was a pro-2nd Amendment crowd in Hollywood[1]? 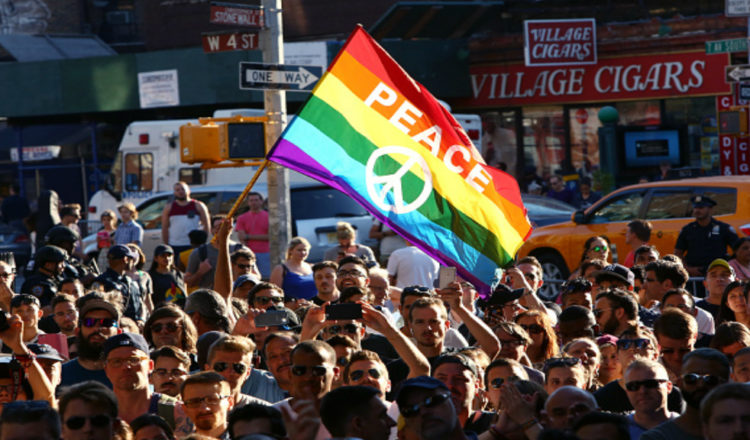 The left has done everything they can to politicize the Orlando shooting and you have likely noticed that they have become completely unhinged on gun control in the last 48 hours.

In their minds, if they could just pass some more laws then criminals would follow them and the world would be safer.

Of course that is nonsense but the left has also been playing politics with the personal details of the victims.

We told you about how Anderson Cooper verbally attacked[3] Florida AG Pam Bondi, a Republican, simply for voicing her support for the dead victims.

It was a ridiculous display of partisanship.

But Anderson isn’t alone, the media as a whole has tried to make the argument that conservatives hate gays and therefore should be quiet about Orlando.

Well, check out what is happening in the gay friendly neighborhood of West Hollywood.

Looks like there are some 2nd Amendment supporters in the gay community.

On Wednesday morning, posters suddenly appeared in West Hollywood, California featuring a gay version of the Gadsden Flag featuring a rattlesnake on top of the gay rainbow. The flags also had the hashtag #ShootBack indicating a more proactive approach to gay self-defense.

The posters were attracting attention in front of the Pacific Design Center, The Abbey, West Hollywood City Hall and in front of artist Chad Michael Morrisette’s house.  Morrisette had covered the roof of his house with 50 mannequins to make a statement about the Orlando shootings. 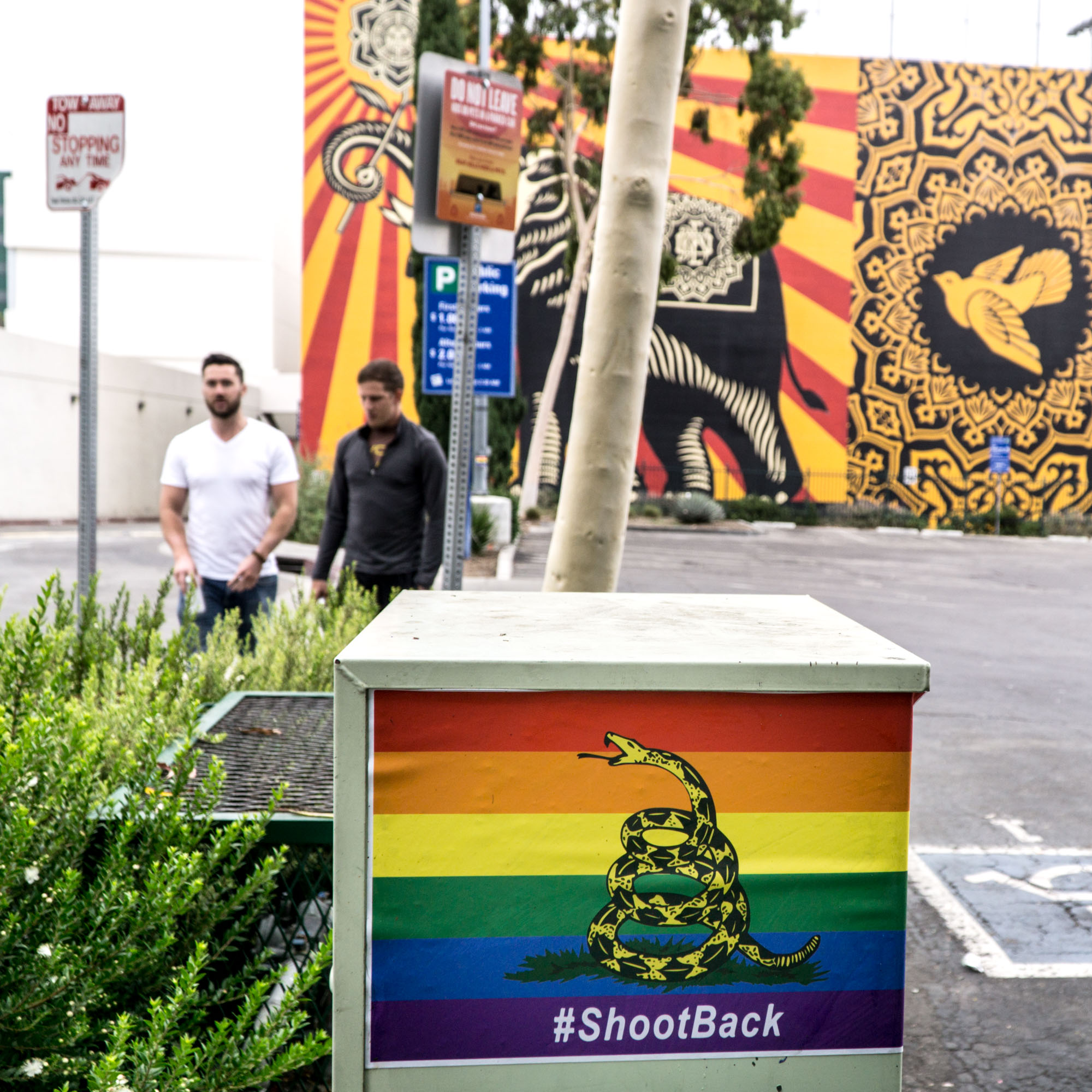 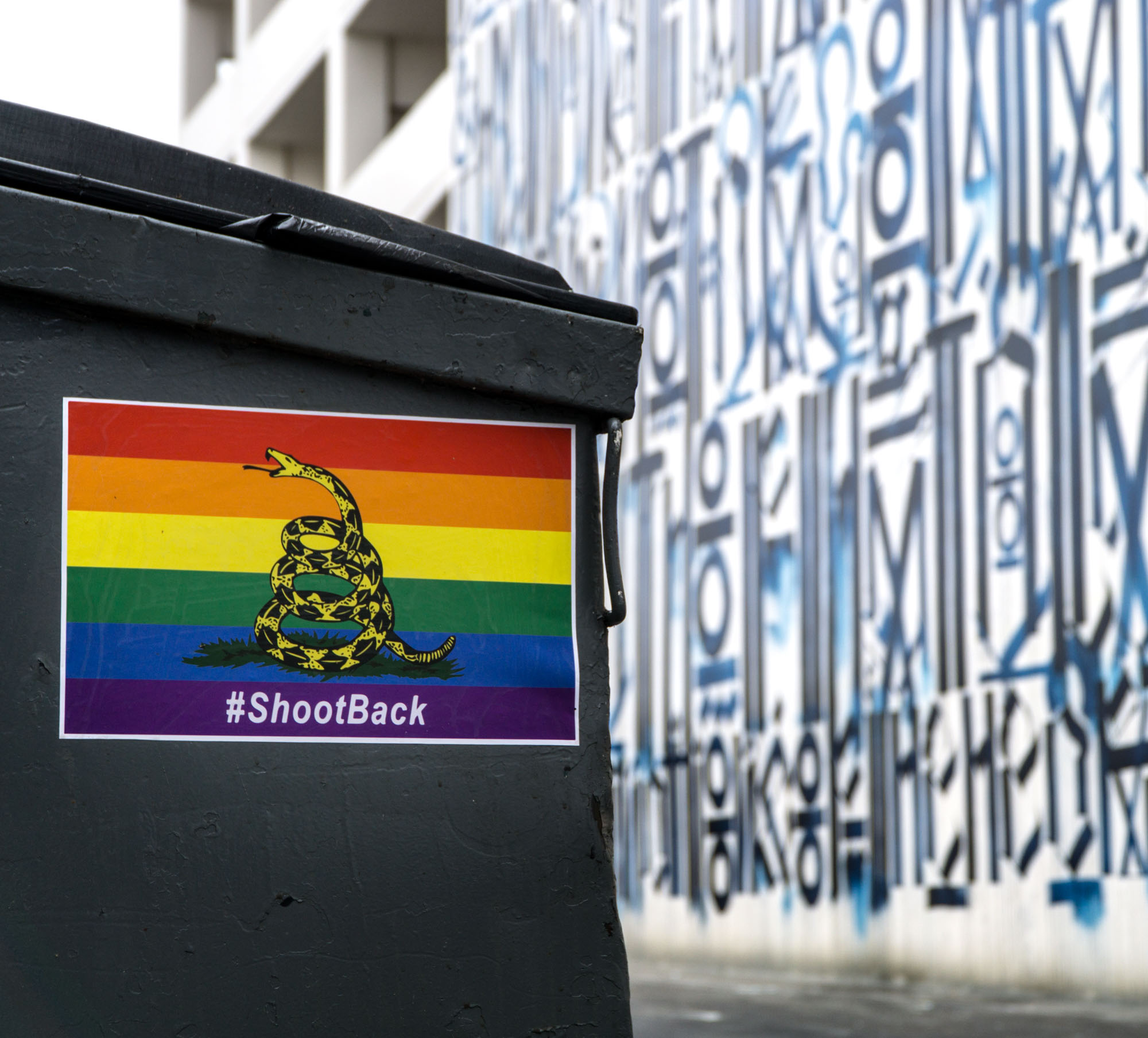 Looks like there are some changes happening in the gay community with gun ownership too.

Gun sales are surging in the wake of Sunday’s deadly mass shooting in Orlando, Fla. The tragedy is generating new debate over gun control reform and the right to bear arms.

Gun shops typically see a spike in customers after mass shootings. But this time, many are seeing shoppers they’ve never really seen before: More gays and lesbians.

The Pink Pistols is a national gun club for gays and lesbians. It saw its membership soar from about 1,500 members on Saturday to 3,500 on Monday.

Looks like bible hugging redneck conservatives aren’t the only people that believe in self defense.

YES! This is exactly what we like to see as gun owners; people arming themselves for self-defense.