She’s a model and one day there was a rude comment on one of her pictures… The comment said she was fat and asked why her being a model is allowed…their reason was sickening. So she decided to respond…[1] 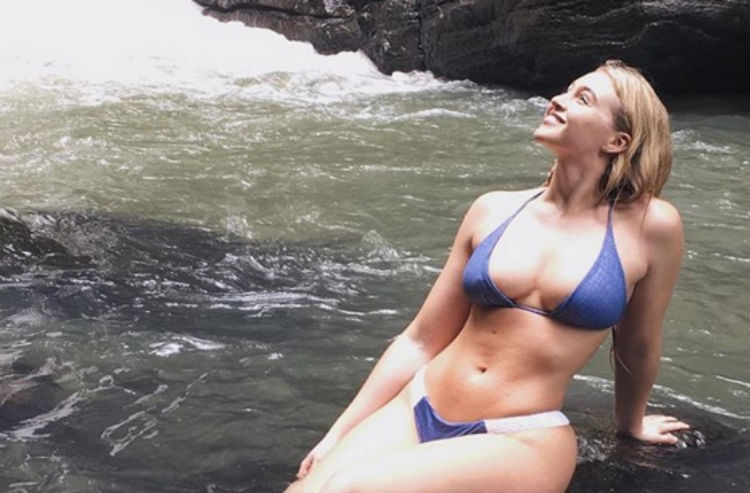 Iskra Lawrence is a stunningly beautiful model in the United Kingdom. The twenty-five year old woman had finally had enough after one negative comment inspired her to fire back in a very creative way.

One particularly disrespectful and distasteful comment read, “”Fat cow. It’s only cus every F****r on this planet is obese that that’s the norm… Plus-size models? give me a F*****g breaking. Everyone needs to stop eating McDonald’s, the NHS is f****d because of people like her eating too many bags of crisps.” 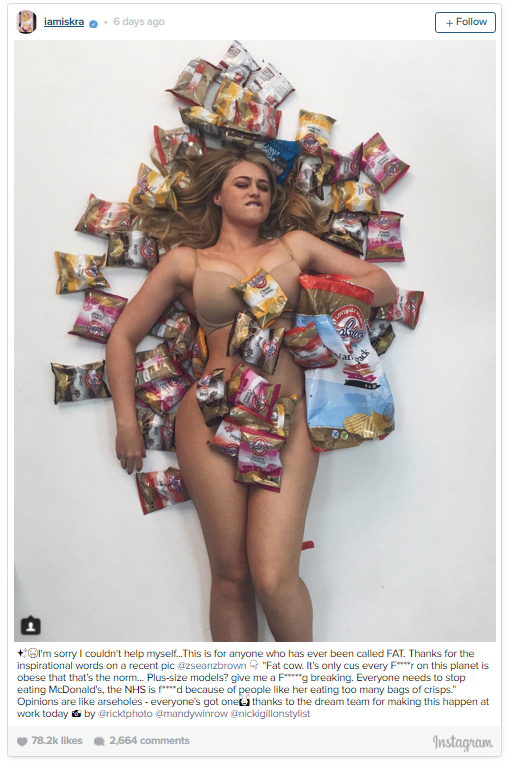 Her response was intriguing and gained her lots more attention on her Instagram. Because the hater specifically mentioned how she was eating too many bags of chips, Iskra Lawrence decided to take a beautiful and sexy photograph of herself covered in bags of chips! 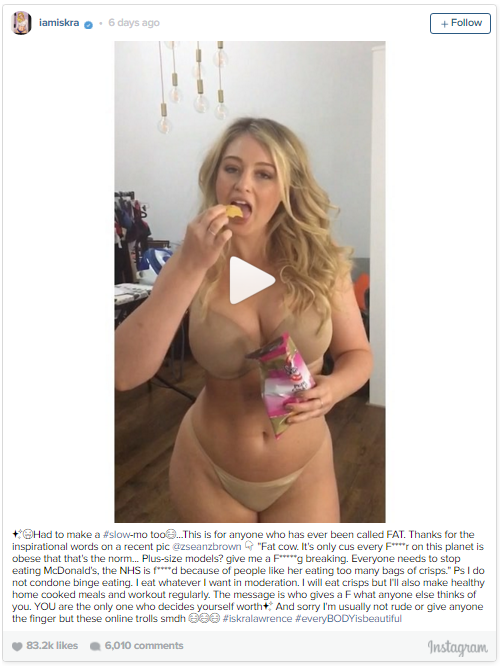 HAH! This is great… haters have nothing they can say when the person they are saying it to…does not give a rat’s you know what!