The Independent presidential candidate set to challenge ‘presumptive’ Republican nominee, Donald Trump, has been reportedly revealed. The word is, he may be popular with social conservatives….[1]

Bloomberg Politics reports that two Republicans familiar with Kristol’s efforts say the person who will put his hat in the ring is constitutional attorney and National Review writer David French.

French is an Iraq War veteran and former senior counsel with both the American Center for Law and Justice and Alliance Defending Freedom, according to his biography on National Review’s site. He is a gradate of Harvard Law School and also the author of the No. 1 New York Times best-selling book Rise of ISIS: A Threat We Can’t Ignore.

French’s credibility with social conservatives would likely be strong, given his work with two organizations important to that group: the ACLJ and ADF. His wife, Nancy, is also a New York Times best-selling author of books, mostly dealing with Christian topics, and she collaborated on a book with former Alaska Gov. Sarah Palin. 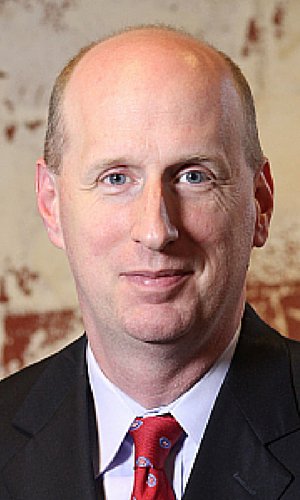 Yes, the man’s credentials (if true) sound strong. His wife is also a New York Times best-selling author of books on Christian topics and she has even collaborated on a book with former Governor of Alaska, Sarah Palin. However, what this man lacks that Trump has in the bag is that even though Trump never served in political office, he has nationwide name recognition and an army of diehard supporters already at his command. It will be tough for anyone to give him any kind of competition… at least it would seem that way. What do you think?