Man Caught Doing THIS in Audience During Trump Victory Speech

I’d really hate to be this poor guy…who decided to do a little nose grooming[1] at the absolute worst time possible…because, it was ALL caught on video. The grooming, he could probably get away with after a little bit of scrutiny, but what he did after that? …awful, just awful. 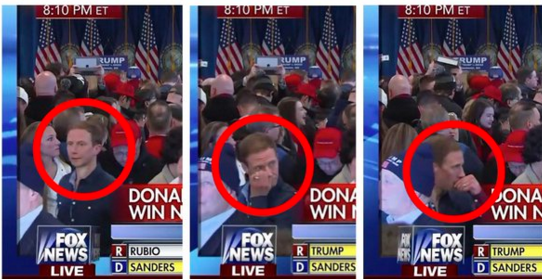 Can you even imagine being THIS guy? Plus that commentary…just makes his secret yet not so secret act, even worse!!!