Tragic ending for a northwest Indiana man on Christmas Day after he was mauled to death by one of his pet pit bulls [1] he’d raised since it was a puppy. 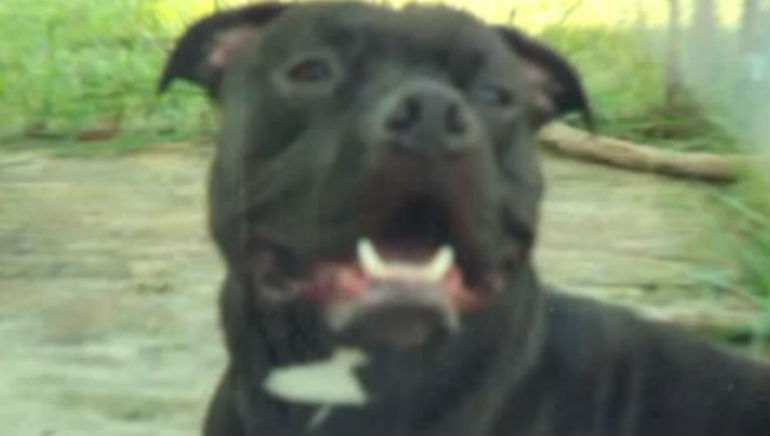 Authorities were called to a home in the 5500 block of Tulip Avenue about 8:14 p.m. after 40-year-old Edward L. Cahill was found on his living room floor by his girlfriend, according to a Portage police report. She had returned from visiting relatives for the holiday when she found him unresponsive.

When police arrived, they found Cahill dead on the floor covered in blood and with multiple lacerations on his face and arms, according to the report. Porter County Coroner Chuck Harris pronounced Cahill dead at the scene and ruled his death a dog mauling.

He was apparently mauled by “Fat Boy,” one of his pet pit bulls, according to the report. The dog was aggressively barking, growling and lunging at officers when they arrived at the house, and police had to use a stun gun and an animal control pole to get him under control and remove him from the home.

The couple has had their dogs since they were puppies, according to the report. The police report also noted that “Fat Boy” has always been aggressive and bit Cahill and his girlfriend’s son in the past.

Why would anyone allow an aggressive breed of dog to continue to live indoors with a family? I know all you pit bull owners are going to comment and say that pit bulls aren’t aggressive dogs and bla bla bla. However a review from the CDC of 82 dog bite cases [3]at a level 1 trauma center where the breed of dog was identified concludes that attacks by pit bulls are associated with higher morbidity rates, higher hospital charges, and a higher risk of death than are attacks by other breeds of dogs. Not ALL pit bulls are vicious but a dog who knowingly has shown aggression certainly has earned the place in the column of deadliest dogs. None of the dogs I’ve owned have had one incident, could I just be lucky or is it the breed I’ve chosen? I’m sure there are statistics to prove that premise and pit bull owners will produce statistics that will contradict those stats. But please, please, please- if your dog (no matter the breed) has had one uncontrollable outburst that led toward aggression toward yourself or another, consider putting them outside away from your children and away from you so you don’t risk being alone with it when it gets in one of it’s ‘rare moods’.