Speechless…A man allegedly axed his wife to death on Christmas Eve then took their children to his parents house to celebrate the holiday before calling the police to confess his crime a day later.[1] 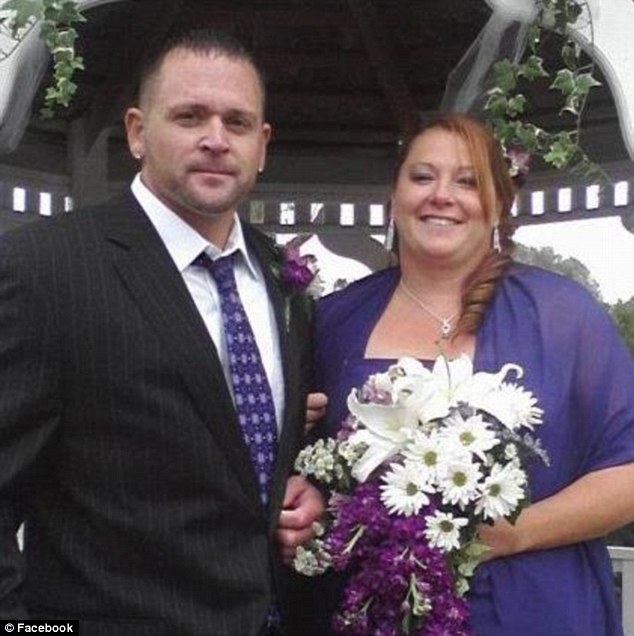 A man allegedly axed his wife to death on Christmas Eve then took their children to his parents house to celebrate the holiday before calling the police to confess his crime a day later.
Dustin Lee Klopp, 36, reportedly punched his wife Stephanie Kilhefner in the face then used an ax to cut her throat and slice open her head at around 10 p.m. during an argument on Wednesday evening.
Lancaster County District Attorney Craig Stedman said the two children, ages five and two, didn’t see heir mother die a horrific death.
Stedman wouldn’t say what Klopp and Kilhhefner were arguing about.
‘I know what he said … What difference does it make? There’s nothing that justifies it,’ he said.
According to Pennsylvania State Police, Klopp attempted to clean his wife’s splattered blood from their home at 623 Georgetown Road.
Klopp then allegedly moved his wife’s body into a shed and placed it in a car-carrier bag, reports Lancaster Online.
Klopp called police to confess to- his wife’s murder on Thursday at around 5:20 p.m. and arrived at the station at 6:30 p.m.
It’s unknown as to whether he confessed his crime to his parents or anyone else before turning himself into the police.
‘I can’t think of another one like this where (nearly a day goes by) and we get a phone call before we even know there’s a crime,’ said District Attorney Craig Stedman.
Stedman said that people usually call in self-defense following a homicide which was not the case in this instance.
Klopp has been charged with homicide and tampering with evidence, reports Wgal.com.
This isn’t Klopp’s first brush with the law.
In 2009 Klopp was arrested on drug charges and served a 2-4 year prison term before being released in 2011, the same year he married his wife of three years.
Klopp’s criminal record also includes two guilty pleas to DUI in 2007 along with one plea to resisting arrest.
He pleaded guilty in 1997 to burglary and simple assault and in 2001 he pleaded guilty to burglary and resisting arrest.
Klopp’s lawyer said he was surprised to hear about the alleged murder based on Klopp’s character.
‘They both seemed to be very level-headed individuals,’ he said. ‘… He never struck me as a violent individual.’
Each Klopp and Kilhefner’s Facebook accounts are filled with seemingly happy family images just days before the gruesome killing.
A picture of Klopp napping with his two children and the family’s dog is Kilhefner’s profile photo on Facebook taken less than two weeks before she died.

This is absolutely disturbing and vile. This man deserved to be killed himself. What the heck is wrong with people today?