A weird looking dude is facing charges for video-recording women using a ladies restroom at a department store while dressed in a wig and women’s clothing. But don’t worry. He’s ‘gender fluid’[1]. Totally acceptable. 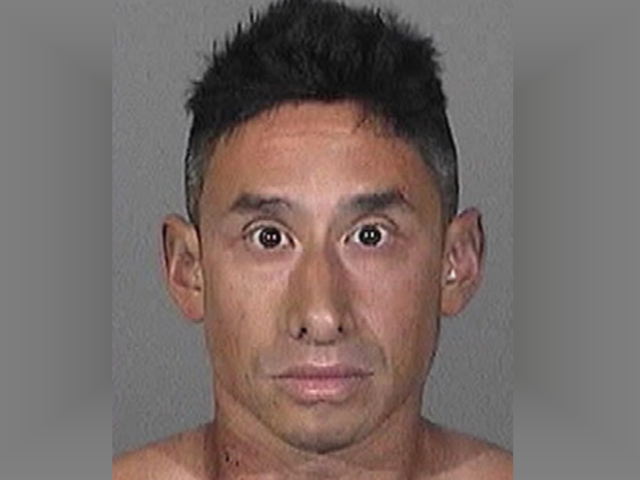 Store security alerted police and an officer working the area noticed Pomare, who matched the witnesses’ description, as he was leaving the store.

The officer eventually found the peeping Tom hiding in a storage room, still wearing the wig, women’s clothing and a bra. Inside his purse was a video camera containing “hours” of footage.

“The deputy noticed he was wearing a wig and appeared to have breasts,” said Sgt. Brian Hudson, of the Los Angeles County Sheriff’s Department.

He was charged last week with six counts of unlawful use of a concealed camera for purposes of sexual gratification.

The suspect pointed the concealed camera under restroom stalls, but one woman recognized the camera’s red recording light and contacted security officers, investigators said. Pomare told detectives he had been in the restroom for about two hours, said Hudson.