Whether one likes him or not, it’s clear that Donald Trump can be a bit of an acquired taste. The bold billionaire can be a bit brash. A former classmate of his, however, says that the media is misrepresenting the Donald Trump he knew a half-century ago. Take a look at his assessment[1] and see if it matches your understanding of Trump’s demeanor: 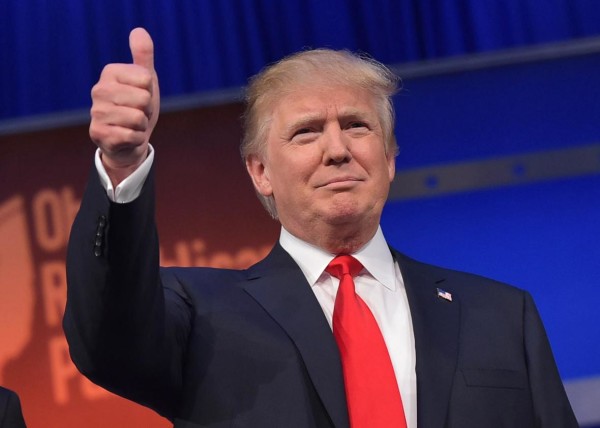 A man who attended high school with Donald Trump has gone viral after he posted on Facebook Saturday about his experience with The Donald, saying he was “aghast” at the way the media has treated the billionaire businessman.

Peter Ticktin, a lawyer who knew Trump[3] from the New York Military Academy, said he didn’t like to get involved in politics. However, he is making an exception to stand up for Trump.

“If you saw a guy get publicly smeared, and you knew him well from the days you were friends and seniors together in high school, if you knew him to be a decent and honest man, would you want to say something?” Ticktin wrote. “I was aghast at watching last night’s debate. It was a set-up. The moderators, Cruz, and Rubio were all like little alligators trying to take a bite out of Trump.”

He reserved his biggest scorn for Marco Rubio.[4]

In contrast, he painted a picture of a Trump beloved by everyone at his school.

“Of the 99 guys (no girls in those days) in our class, there is not one who I know who has a bad word to say about Donald Trump,” Ticktin wrote.

“Think of it. With all the jealousies which arise in high school and thereafter, with all the potential envy, not one of us has anything other than positive memories of this man. How could we? He was an ‘A’ student, a top athlete, and as a leader, he was highly respected. … He was never a bigot in any way, shape or form. He only hates those who hate. Of course he denounces the KKK[5].”

Ticktin said that Trump is still the Trump he sees today.

“People don’t really change much from the ages of 17 and 18, and I know this guy,” he wrote. “I know him to be a good decent guy. We lived and breathed an Honor Code in those years. It wasn’t just a rule. It was our way of life. Neither Donald, nor any other cadet who graduated with us would ever lie, cheat, or steal from a fellow cadet. These values became irreversibly intertwined in the fabric of our personalities, of who we are.”

“This is why I feel the need to speak out at this time. I know this man. He is a lot of things, but he is not evil. He is a decent honest guy who loves this country, and who is willing to sacrifice so much of what is left of his life, because he knows that this country needs to be fixed, and that it is going to require someone who can do the job. He just doesn’t see anything around him other than political hacks, so he is willing to take this huge responsibility.”

Keep in mind that New York Military Academy is a boarding school. That means these young men lived together, ate together, did everything together. Peter Ticktin arguably knows Trump better than anyone in the media does.

It very well may be true that Trump is a heck of a nice guy- but that’s not the image he has presented to the American people.

It may very well be true that a half-century ago, Trump was a kind, gentle soul; however, Mr. Ticktin does not seem to account for the fact that maybe, just maybe, 50 years of life has changed Donald Trump.

I mean, how many of us are the same person we were when we were 17?