MANHUNT: Convicted killer was just accidentally released from prison in THIS town…

An intense manhunt is underway in Louisiana for a man convicted of manslaughter[1] after he was accidentally released from prison…and THIS is why he needs to be taken off the streets and placed back into custody immediately! 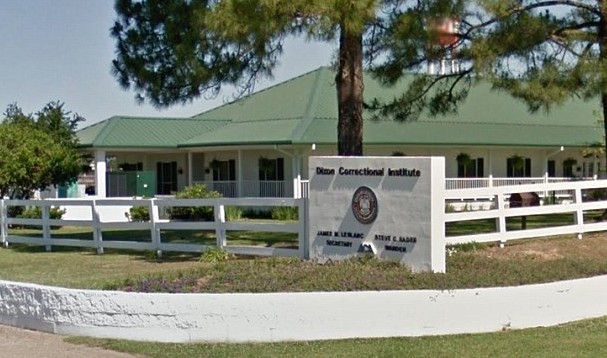 Benjuiel Johnson, 32, was released on September 23 from Dixon Correctional Institute on good behavior for prior charges, even though he had an outstanding charge for battery of a correctional officer, officials said.

When officials ran his name through the system, his manslaughter conviction did not appear and he was released. The error was’t realized until Monday, five days later.

Johnson should never have been released from Dixon because he still had a sentence to serve following a conviction in Iberville parish, said Pam Laborde, a spokeswoman for the Louisiana Department of Corrections.

The person processing Johnson’s release paperwork should have noticed the information on the rap sheet and called Iberville parish for details, she said.

Johnson pleaded guilty to manslaughter in the 2010 shooting death of Cordies Gales, 31, according to WAFB-TV.

Johnson was convicted for that crime in 2013 as well as possession of a firearm by a felon.

He was sentenced to 35 years in prison for manslaughter and five years for the weapons charge. At the time of his conviction, he already was serving time for the three felony convictions in state prison.

Laborde said the Iberville Parish Sheriff’s Office contacted prison officials Monday after receiving information that Johnson might have been released. Officials have been in touch with the victim’s family, Laborde said.

‘We are devoting all the resources that we have to bringing him back into custody,’ she said, adding that the person responsible will be disciplined. Laborde said the department processes about 17,000 releases a year.

When you are dealing with bad people, and are in charge of keeping them off the streets, for the sake of saftey to others…mistakes should not happen. Checking things more than once…more than 3 times even, would be smart. No room to become complacent in a job like that! Especially, when one clerical error, could mean the loss of life.