Some people are better than others based on personality or character. However, if you are a person that believes that some lives matter more than others based on skin color, congratulations, you are the very definition of a racist. When former Louisiana Governor Bobby Jindal claimed that “all lives matter,” Fox News’ Shepard Smith scolded him and the reaction has been severe.[1] 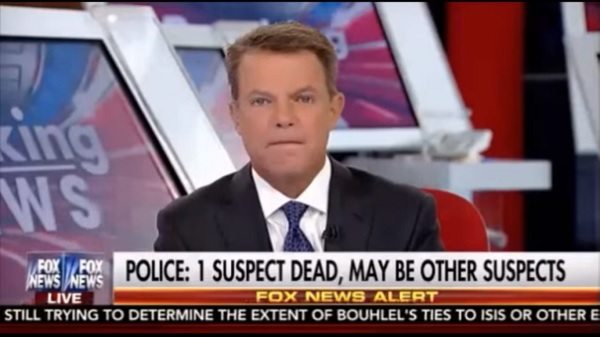 Just about every Conservative on the planet has a message for Fox News this Monday morning: “FIRE SHEPARD SMITH!”

Smith was attempting an interview with former Louisiana Gov. Bobby Jindal on Sunday in the wake of the murder of three police officers in Baton Rouge when he repeatedly scolded Jindal over three words, “all lives matter.”

The video of the unforgivable exchange can be seen HERE[3], and it comes with a fair warning, your blood will boil!

Social media immediately began to demand his firing in an avalanche of comments and tweets. BPR’s post on Facebook alone has received over 7,500 comments overnight.

BPR has reached out to Fox News and is waiting for a response.

Hours after the argument, Fox News posted a meme with Jindal’s quote, which only stoked the fire.

I am of the belief that my life matters more than Mumia Abu-Jamal. That’s not because he’s black and I’m white; it’s because I am not a cop-killer.

All lives matter and those who express otherwise are racist. Period. End of statement.

Should Smith be canned for his behavior?