Masked robber carrying nine knives attempts to rob his own MOTHER, but she recognizes him and refuses to hand over any money

Seriously, what kind of a man would try and rob his own mother[1]?  If you were to guess who, there’s a very good chance he would look like this… 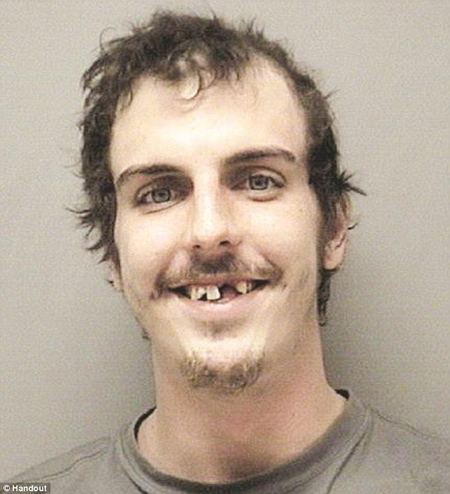 A 27-year-old son received no money and a charge for home invasion after failed attempt to rob his mother at knifepoint.

Austin Smith, of Pekin, Illinois, had nine knives and wore a mask in his attempt to steal the woman’s credit cards and cash, but he did not leave the house with anything.

The would-be robber, who tried but failed to tie his mother up to prevent her from calling the police, was arrested 90 minutes after the attempted theft around 12.45pm Friday afternoon.

It is assumed the mother recognized her son despite his mask

Smith had already been told by his mother not to come around the house.  He’s being charged with home invasion and being held pending a hearing.