It has just been days since Joey Feek returned to her home on high[1], and during her last moments on earth, her brave enduring efforts to deal with cancer were gracefully chronicled during her fight on facebook. 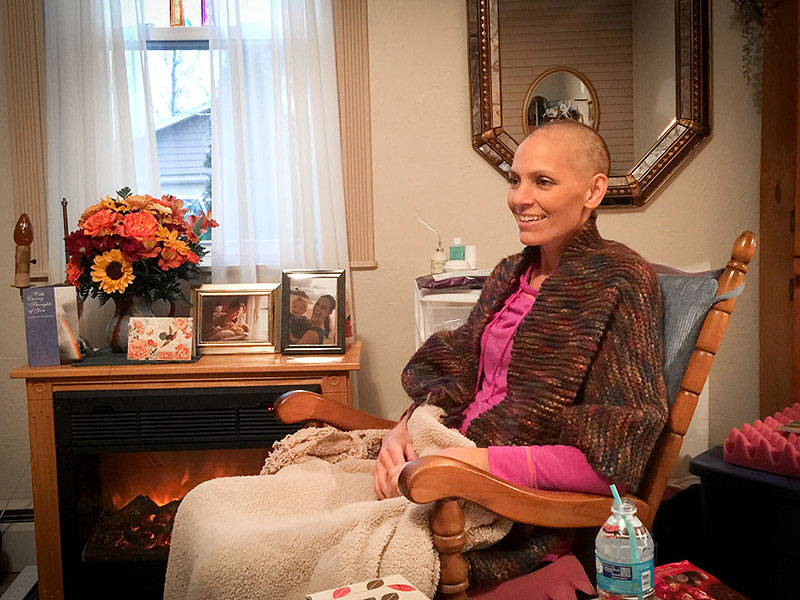 On his blog www.thislifeilive.com, Rory wrote, “My wife’s greatest dream came true today. She’s in Heaven. The cancer is gone, the pain has ceased and all her tears are dry. Joey is in the arms of her beloved brother, Justin, and using her pretty voice to sing for her Savior.”

Joey and Rory were more than husband and wife. They were also country music entertainers in Tennessee. Their newest album, Hymns That Are Important To Us, has been nominated for a Grammy Award as well as climbing the Billboard country album sales chart and the contemporary Christian albums chart.

Joey was first diagnosed with cancer in May 2014, about three months after giving birth to the couple’s daughter, Indiana.

After learning she had cancer, Joey had surgery and was declared “cancer free.” However, the cancer returned a year later and diagnosed as incurable.

The Feek’s were always very spiritual people, and her faith was apparent during her medical struggles.

According to her obituary, while she was sick her father accepted Jesus Christ as his personal Savior.

“All of this was worth it if my story brought one person to Christ,” Feek said before her death. “The fact it was my daddy,” she paused as her voice broke with emotion. “I’m so proud.”

One Facebook user said, “My heart is breaking for you, and yet rejoices that she is face to face with the One that loved her from the beginning of time…You are in my thoughts and prayers.”

Another post read, “There are definitely no words. May you find comfort in knowing she is free of the pain and suffering she knew on this earth and is walking with God in Heaven, watching over you, Indiana, and the girls.”

Prayers of comfort for for the Feek family in their time of loss… As for Joey, she is whole again, and rejoicing in heaven, rest in joy Joey!