Earlier this week, a terrorist who murdered a US soldier was given early release from Guantanamo Bay[1]. His scheduled sentence of 45 years was reduced to 8. Now, we the people are PISSED! ….and it’s not even phasing Obama, he is taking taking his BS decision making one step further by doing THIS! 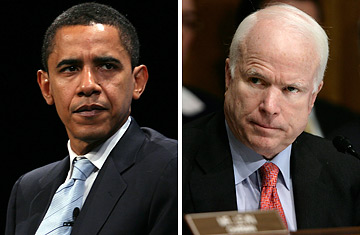 Now, Obama is making moves to close Guantanamo Bay for good. He is planning to sign the order in the new few weeks.

McCain has threatened to sue Obama if he makes this order. McCain claims that this is not in the president’s power, and he is overreached by using an executive order to do this. This wouldn’t be the first thing Obama has overreached on.

Obama is seeing a lot of resistance from Congress, and it is unlikely that he will be able to get this executive order through. We will have to see in the next couple of weeks what happens.

Impeachment….Imprisonment….Obuttma. Can we start having dialogue about these things?! How does he even have the audacity to show his face to real Americans after letting the murderer of a U.S. Soldier off the hook after only serving 8 years! THEN he wants to close the place down…because what…. it’s too mean to terrorists? This is infuriating… Obama needs to go slap himself…with a shoe….really hard. Knock some kind of sense into him.