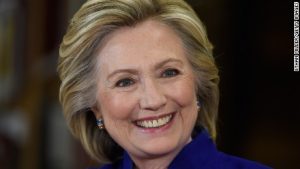 [1]There was nothing in Barack Obama’s biography that justified him as deserving of the White House. He never was a chief executive of anything. And his past seven years of office has shown quite plainly that he’s in over his head.

However, there’s a mainstream media that doesn’t number his mistakes, doesn’t attribute to him the mess he’s made of the world. It glosses over scandal after scandal because the media knows they hold the cards of accusing his critics of being racists. That’s enough for them to win especially when we have a Republican Party devoid of testicles.

Enter Hillary, a different kind of incompetent with a track record of non-achievement and failure. But, she has a vagina and her last name is Clinton. And for millions of dimwits in this country, that’s enough to succeed. If you ever wonder why public schools never improve and only get worse. That’s by design to keep the ignorant ignorant and voting Democrat.