If you don’t believe in Divine Intervention, you’ll have a hard time believing the sequence of events that lead up to the capture of the mass murderer Dylann Storm Roof[1], who killed nine peaceful church-going residents of Charleston, SC.

Debbie Dills was running late for her job at Frady’s Florist Thursday morning when she found herself passing the black Hyundai driven by Dylann Roof. She recognized his face and distinctive haircut from pictures she had seen on the news. After a brief hesitation, she pursued Mr. Roof for 35 miles until the cops showed up. 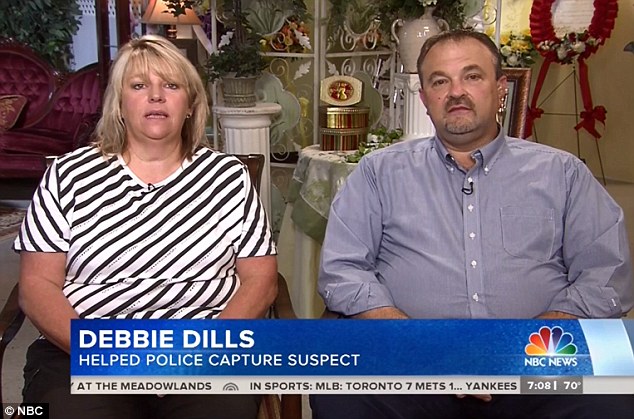 This is the woman who spotted suspected gunman Dylann Roof after the shooting in Charleston – then followed him 35 miles until he was caught.

Debbie Dills, a florist and a minister, was running late for work at Frady’s Florist at 10.30am on Thursday when she passed a familiar-looking black Hyundai at a red light on Highway 74 in Kings Mountain, North Carolina.

After hesitating and pulling off the highway, she says, ‘instinct kicked in’ and she ended up on a 35-mile car chase to Shelby, North Carolina, while on the phone to police who scrambled to catch up with her.

‘I saw the news coverage last night and the picture of the car. I knew it was a black car, and it had a tag on the front. I saw the pictures of him with the bowl cut,’ Dills told the Shelby Star.

‘I said, “I’ve seen that car for some reason”. I look over, and it’s got a South Carolina tag on it. I thought, “Nah, that’s not his car.” Then, I got closer and saw that hair cut. I was nervous – I had the worst feeling. Is that him or not him?’

Initially, she felt nervous, pulled off the highway and called her boss and friend Todd Frady for advice.

Frady didn’t hesitate, grabbing a second phone and calling a friend who worked for the Kings Mountain Police Department on his personal cellphone. Frady said that officer, who police identified as Shane Davis, contacted the Shelby Police Department.

‘She just had a gut feeling that something just wasn’t right,’ Frady said.

These people truly are heroes. Who knows what other heinous acts Roof could have committed if he hadn’t been caught when he was.