Melania Trump Said THIS About Trump- It Will Make Your Jaw DROP! WATCH

The wife of the Donald himself, Melania Trump went “On the Record” with Greta Van Susteren on her very first Fox News interview, and what she had to say about her and Trump’s communication relationship,[1] is quite telling… 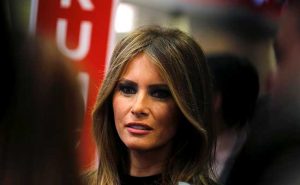 She shared with Greta insightful perspective on what Trump was like on the road and throughout the campaigns. She described her role in his campaign as a support and someone who tells Donald “no” when he has bad ideas.

The Donald is not used to being told ‘no’, kind of like a spoiled child. But they grow them much harsher in eastern Europe. It’s kind of refreshing to hear this from the Mrs. Trump. It’s a break from all the blunder and bluster of her husband.