Memo to Bernard Goldberg: Media cannot make up stories and get offended when President Trump calls them Fake News 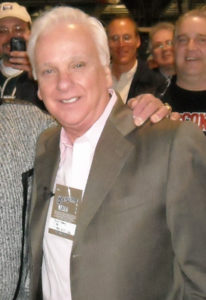 A ‘free press” would report objectively without favor or prejudice on the doings of both Republicans and Democrats.

Since that does not describe our American media who has chosen to align themselves, for the most part, with the Democrat Party and Liberalism, let’s just stipulate the press is not free, it’s very much bought and paid for.

Since the media is bought and paid for by Liberal ideology, it’s members have lost all rights to claim that they are a free press because it rings very much hollow!

In addition they have earned the moniker of “fake news” for their false reporting, their deceitful editing of videos, their failure of conducting real journalism such as answering the who, what , where, when, and why of a story, instead of taking dictation and cheerleading for the side they align themselves with.

If the media can dish out untruths, they should not be surprised when the flack they cause boomerangs in their faces with cries of fake news.