A memorial to police in Richmond, Virginia has been vandalized with a message that points to the police shooting of a black man in Louisiana…Whoever did this, is a coward. He or she doesn’t care about healing. Destruction[1] is the game here. Of property, and relations. 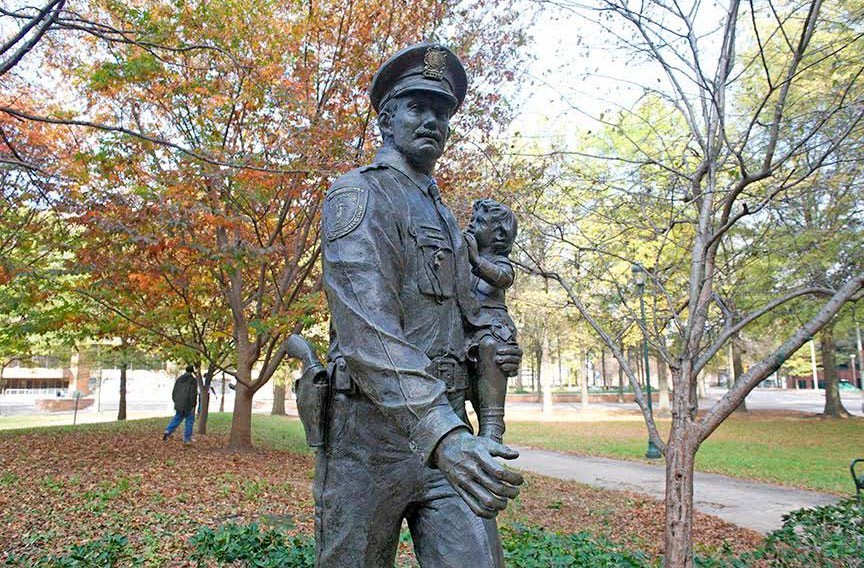 A large red ‘X’ was spray-painted on the torso of the statue of an officer carrying a child, and ‘Justice for Alton’ is written on the stones below, an apparent reference to 37-year-old Alton Sterling of Baton Rouge.

‘It’s a senseless act,’ said local resident H. Penn Burke, whose police father was slain in 1925, to the Richmond Times-Dispatch.

Richmond PD spokesman James Mercante said the statue, which had recently been installed in the Byrd Park, become a memorial spot as the local community mourned the five officers killed by a sniper in Dallas.
Several citizens dropped bouquets of flowers at the statue.