The proposal in question doesn’t actually want to dig up the remains as the headline of this article suggests[1], so I’m not sure where the author got that from (at least it wasn’t linked to in the post). This article just mentions moving the monuments[2].   That said, seriously? We’re this deep into the political grandstanding that we want to relocate monuments? 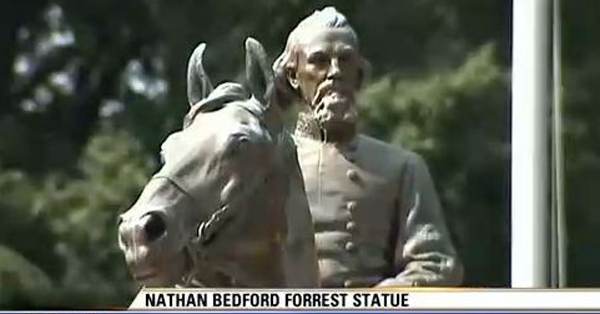 “These relics, these messages of this despicable period of this great nation, it’s time for those to be moved,” the mayor said.

“I despise what the Confederacy stood for,” Wharton said. “This is not just an ordinary monument. This is a monument to a man who was the avowed founder of the organization that has as its purpose the intimidation, the oppression of black folks.”

Again, removing the flag from government buildings? Understandable.  Private companies deciding what they do and don’t sell? Their choice. Removing monuments of historic figures? Why bother acknowledging that there ever was a Civil War in the first place?