Alright, this whole creepy clown sighting is getting way too ridiculous. I’m not afraid of clowns, but this crap is getting out of hand and I’m not the only one that thinks that. This is a movement of a bunch of punk teens trying to get there jollies off. Well, if they wanted a reaction out of the people they scared, they are getting it.

Take this clown for example…he made a decision to freak some people out in a car and he has payed dearly for it. 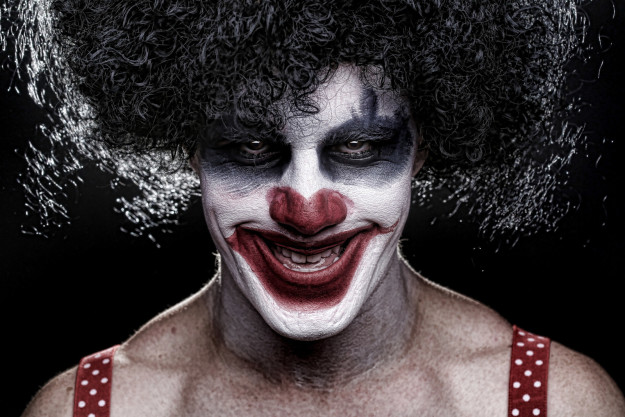 Footage of the incident displays the clown, clutching some balloons, walking close to a car where a number of men were chilling inside.

‘What the f**k is that, bro?’ inquires one of the men, getting a bit freaked out by the sight of a clown.

The man then screams at the clown, ‘Are you serious? Get away!’ The clown seems discouraged. One of the men steps out of the car with what appears to be a baseball bat and whacks the clown right on the side of the knee, mafia style.

‘What y’all doing? I’m not getting out of the car, bro’, shouts the man recording, who stays in the car while his buddies do the beat down. 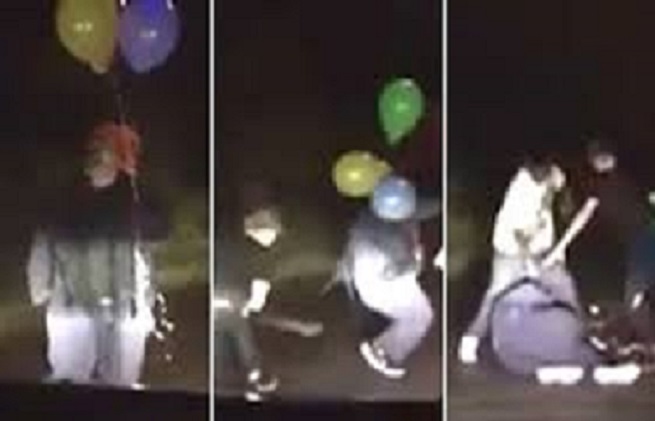 The clown instantly drops — and two men join in, beating him down with a flurry of punches. One of the men decides to push it a bit further and takes the clown’s choice of weapon – balloons. After that, they head back to the car, leaving a very busted up clown laying on the ground.

These violent encounters are just going to get more frequent.

The White House weighed in on the development of these clown sightings across the nation, saying the menacing sightings that have led to about a dozen arrests should be taken earnestly and that the FBI and the Department of Homeland Security had been conferred with on how to handle the scare…a bit much, don’t you think?

‘Obviously, this is a situation that local law enforcement authorities take quite seriously and they should carefully and thoroughly review, you know, perceived threats to the safety of the community and they should do so prudently,” said White House spokesman Josh Earnest.